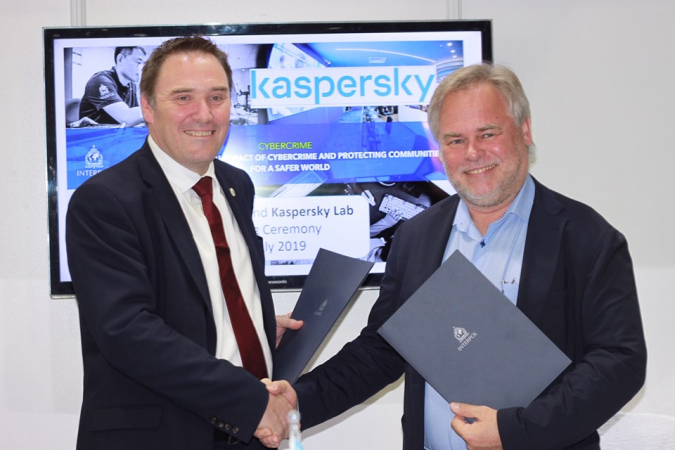 Kaspersky, a global cybersecurity company, and Interpol signed a second five-year agreement last week to strengthen their collaboration in the fight against cybercrime around the world, following the first in 2014.

This cooperation enhances the existing relationship between the two organisations, ensuring information and technology sharing can support Interpol in cybercrime-related investigations. In addition, Kaspersky will share information with Interpol on its cyberthreat research and provide the necessary tools to assist in full digital forensics, aimed at strengthening efforts on the prevention of cyberattacks.

“With the rise of sophisticated threat actors, collaboration across the ecosystem and the sharing of expertise is more crucial than ever. We are excited to continue the partnership with Interpol and to empower law enforcers with the information and technology needed to combat cybercrime across the globe,” said Kaspersky after the signing ceremony.

Kaspersky recognises the borderless nature of cybercrime and regularly participates in joint operations and cyberthreat investigations with the global IT security community, international organisations such as Interpol, law enforcement agencies and CERTs worldwide.

Being the first among cybersecurity vendors, Kaspersky recently announced an advanced free service for law enforcement agencies, aimed at increasing the awareness of how its services operate and how they can help in the fight against cybercrime and sophisticated cyberthreats.