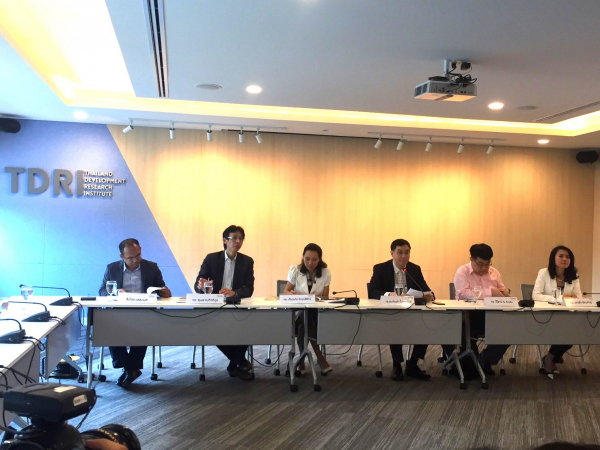 Progress on laying the groundwork for the Eastern Economic Corridor is among the key achievements of the government of Prime Minister General Prayut Chan-o-cha, the Thailand Development Research Institute (TDRI) said on Wednesday.

The leading think tank said the investment plans backing big infrastructure projects and the reforms made in the country’s fisheries make up the other two main success stories. On the latter, the country gained a yellow card, an improvement from its previous position, in relation to illegal, unreported and unregulated fishing practices.

On the downside over the past five years, the TDRI pointed to corruption allegations surrounding some members of the Cabinet and related parties when certain information was not declared to the public. It also referred to the use of Article 44 under the interim constitution to support private companies under strain from their 4G telecommunications and digital TV licences, and its failure to improve cybersecurity.

However, TDRI president Dr Somkiat Tangkitvanich said that, on balance, the government had made progress in aiding the transformation to a digital economy and in boosting foreign investment, alongside efforts to upgrade workers’ skills amid the disruptive forces of technological change.

Still, Somkiat took aim at other issues, such as the government’s focus on centralisation and its failure to consult with communities on environmental issues. In healthcare, transparency

“We do not need to give a score to the government because over the past five years there have been pros and cons. Some proposals that can help the country should be proposed to the new government, while policies that have not helped should be dropped,” he said.