The Customs Department defended itself on Tuesday in the wake of a social media storm over travellers’ claims they had been unfairly charged import duty at Thai airports.

Many people complained about being charged for items they were bringing into the country.

There was another angry reaction after a news report suggested that scanners would be installed at Suvarnabhumi Airport’s luggage belts by the end of the year to screen for goods being brought in for commercial purposes.

The Customs department said on Tuesday that air passengers could bring in items for their own personal use and worth no more than Bt20,000. If, however, the items were either worth more than Bt20,000 or being brought in for commercial purposes, they would be subject to import tariffs.

Personal use also means just one of the items in question, so if a passenger brings in several of the same item they would be subject to tax, even if they are intended for friends or family, said the Department. 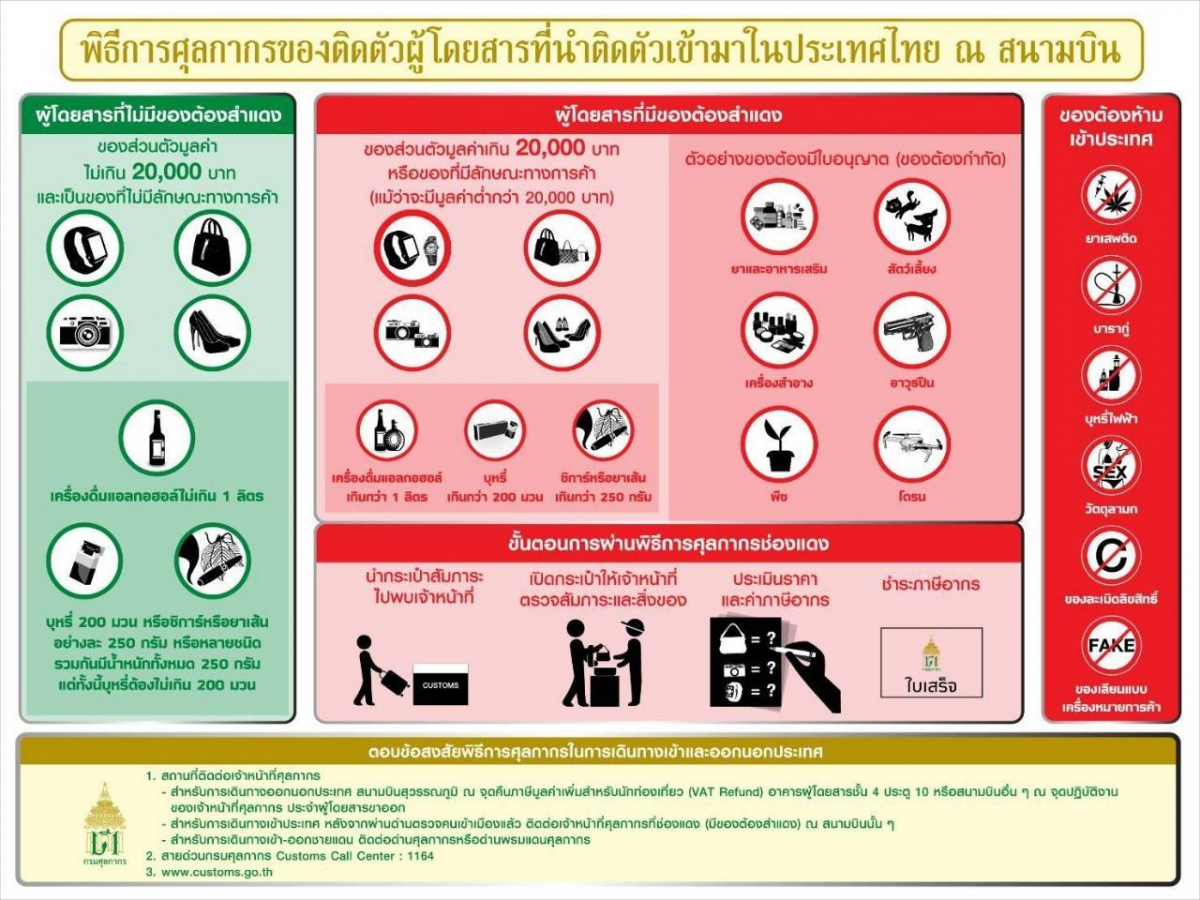 They are also subject to value added tax of 7 per cent.

Thai travellers often bring home brand-name products, such as handbags, watches and cosmetics for their friends and relatives, largely due to lower prices overseas.

If anyone thinks customs officials have treated them unfairly, they can complain by phoning 1332 or messaging on the Line application, line ID: @customshearing.

Or they could complain to anti-corruption commission and the State Audit Office, according to the statement issued by the department on Tuesday.