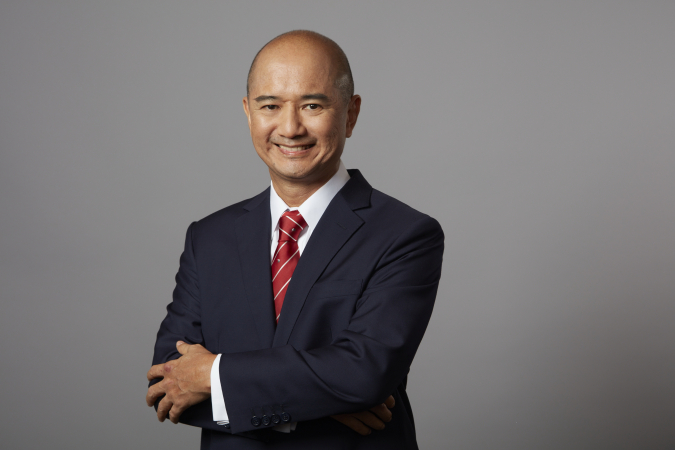 The improvement was mainly attributed to a 1.20-per-cent growth in operating income and a 31-per-cent decline in provisions, partially offset by a 16.9-per cent increase in operating expenses.

On a Y-o-Y basis, operating income rose by Bt80.5 million, or 1.2 per cent to Bt6.88 billion from a 3.8-per- cent increase in net interest income, on the back of loan expansion and higher interest income on investments, partially offset by a Bt40.7 million or 4.1-per-cent lower net fee and service income. Other operating income decreased by Bt77.5 million or 13.5 per cent from higher losses on financial instruments designated at fair value through profit or loss.

Operating expenses rose by Bt653.3 million or 16.9 per cent largely due to higher personnel cost attributed to a combination of the Fast Forward expansion strategy, and higher compensation for employees who have retired or have over 20 years of service due to an amendment to the Labour Protection Law. Coupled with a higher loss on sale of properties for sale, the cost to income ratio was higher at 65.8 per cent in the first half of 2019 compared to 57.0 per cent in the same period last year.

As at June 39, 2019, total gross loans (inclusive of loans guaranteed by other banks and loans to financial institutions) stood at Bt237.3 billion, an increase of 4.2 per cent from 31 December 2018. Deposits (inclusive of Bills of Exchange, Debentures and selected Structured Deposit Products) stood at Bt235.3 billion, a slight increase of 0.4 per cent from Bt234.3 billion as at end of December 2018. The Modified Loan to Deposit Ratio rose to 100.9 per cent compared to 97.2 per cent as at December 31, 2018.

The gross non-performing loans (“NPL”) stood at Bt10.7 billion, with an equivalent gross NPL ratio of 4.5 per cent from 4.3 per cent as at December 31, 2018, arising from the slower repayment ability from a few corporate and retail accounts. CIMB Thai continues to exercise high standards for credit risk underwriting and risk management policies. The Bank also focuses on improving productivity, monitoring collection and managing all accounts closely and effectively.