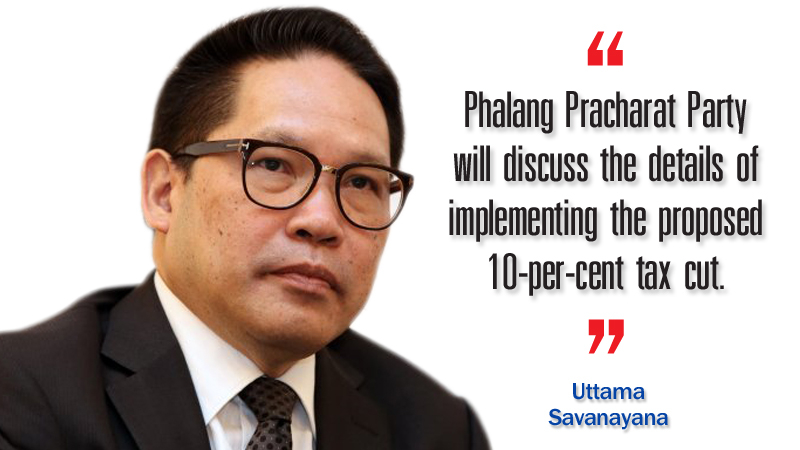 The new finance minister is likely to bring down the rate of personal income tax, and has said that his party will discuss the implementation of tax cuts with coalition parties.

“Phalang Pracharat Party will discuss the details of implementing the proposed 10-per-cent tax cut,” Finance Minister Uttama Savanayana confirmed on Wednesday, his first day in office after the government was sworn in on Tuesday.

Uttama, who is also leader of the Phalang Pracharat Party, said the new economic package aims to support both the grassroots group as well as people living in urban areas. Details of the economic policy will be available after the new government presents its policies in Parliament on July 25-26.

While campaigning for votes, Phalang Pracharat Party promised a 10-per-cent cut in personal income tax for all seven income brackets, which is estimated to cost the country Bt50 billion to Bt60 billion annual. In comparison, coalition member Democrat Party had promised a 20-per-cent tax cut for people earning no more than Bt2 million per year. 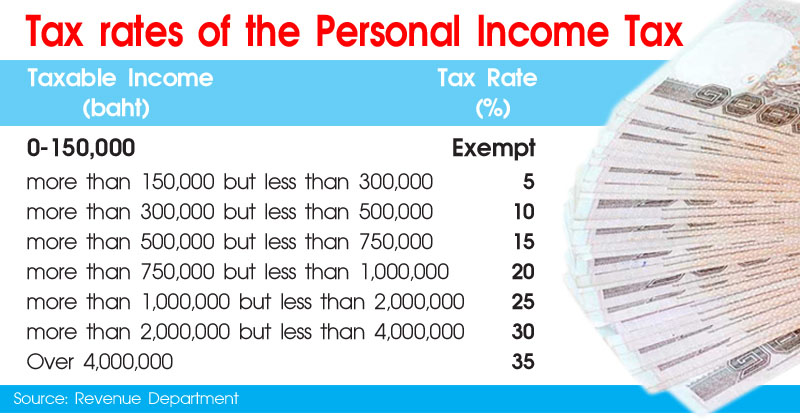 Meanwhile, Uttama has said that the current rates for personal and corporate income tax are not compatible because corporate tax stands at just 20 per cent.