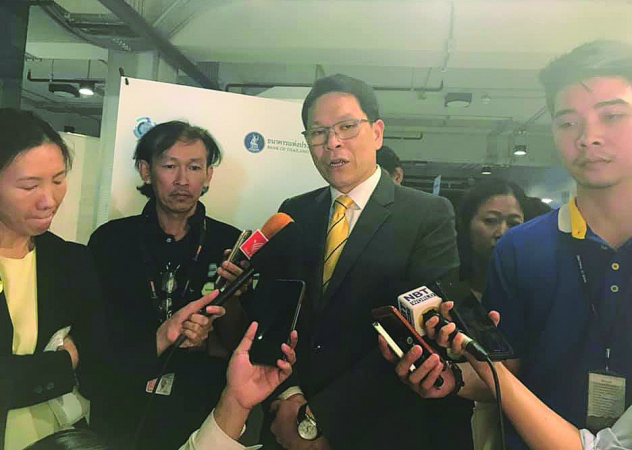 The Bank of Thailand (BOT) will next month start publishing details of which banks suffer the longest online downtimes so consumers can identify the most reliable ones.

“We will publicise the names of banks and their service downtimes in order to help consumers choose [the most] reliable banking,” BOT governor Veerathai Santiprabhob said on Thursday at the Bangkok FinTech Fair.

Veerathai said in response to a question on mobile banking services that consumers sometimes had poor online experiences caused by the banks’ servers being down.

The central bank had instructed banks to upgrade their online systems to handle the rising number of digital transactions, he pointed out, and while this might be a lengthy process many banks had successfully upgraded their systems and prevented old problems recurring.

As the industry regulator, the BOT had kept a close eye to make sure that banks complied with a standard of conduct required by the central bank, Veerathai added.

He also said that since the launch of electronic payment system PromptPay more than two years ago, digital financial services had one of highest commercial sector growth rates in the world.

Almost 50 million ID cards and telephone numbers were now linked to bank accounts via PromptPay and the number of merchants accepting payments via QR code scanning had reached 5 million.

The number of monthly electronic payment transactions increased from just 440 million transactions 18 months ago to almost 700 million in May 2019, he said.

Many digital payment services had also been developed to meet the needs of the new economy.