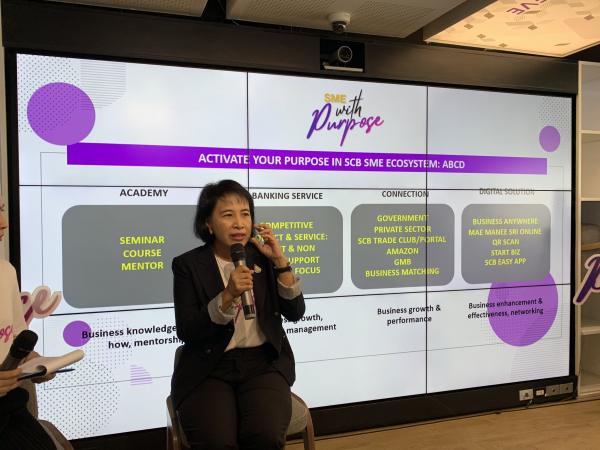 Siam Commercial Bank (SCB) is targeting for outstanding new loan growth from small and medium-sized enterprises (SMEs) at Bt70 billion in the second half of this year, due to SMEs benefiting from the new government’s economic stimulus package.

However, the bank has only managed to achieve Bt35 billion in loan growth valuing in the first half of 2019, she said.

Despite the low level of growth in the year’s first six months, Pikun expects new loan growth to accelerate in the second half of this year, largely as a result of the stimulus polices widely expected from the incoming government.

At 12 per cent, wholesalers and retailers make up the largest portion of the bank’s portfolio of SME clients, followed by hotels, services and import-export at around 5 to 7 per cent, according to Pikun.

SCB expects to see promising loan growth from wholesale and retail businesses, she said. This is because wholesalers are benefiting from the rise of e-commerce, leading to expansion and thus more loans.

Meanwhile, the government has been encouraging small non-registered hotels to acquire official hotel licences, Pikun continued. This will lead to many small hotels undergoing maintenance and refurbishing, which will result in more loan growths.