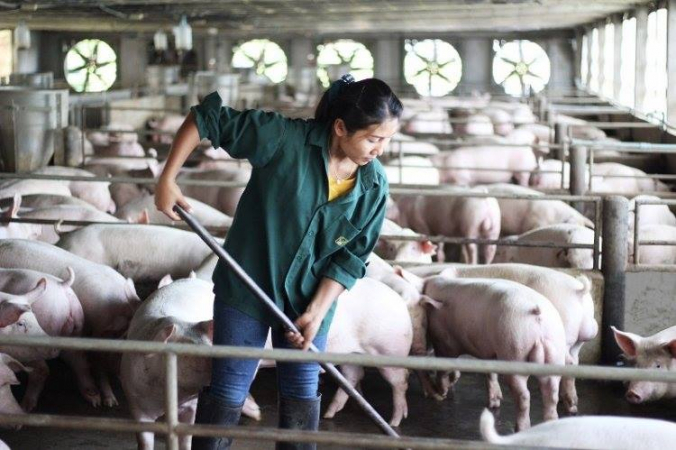 The agreement comes under the guidelines of UNIDROIT (The International Institute for the Unification of Private Law), the most-trusted independent intergovernmental organisation on private laws, and endorsed by the Food and Agriculture Organisation of the United Nations (FAO).

CP Foods introduced the contract-farming model to promote employment and support income generation among Thai farmers in 1975. It currently involves more than 5,500 chicken and swine farmers, with small operators accounting for 90 per cent of the total.

"The revised contract aims to create a win-win partnership by enhancing the participation of contract farmers in the decision-making processes, such as risk management and clarity of compensation and incentives details," said CP Foods’ senior vice president Narong Jiemjaibunjong.

“We are the first company in Thailand to have applied this international guideline , he said. “CP Foods strives to set the best standards in which farmers are treated as life-time partners.”

The company's Contract Farming Complaint Centre will expand its communication channels with farmers to handle questions and complaints. Farmers are encouraged to communicate directly with company executives through this channel after voicing their concerns to local staffs.

Also, CP Foods is the first livestock company offering disaster insurance to small farmers. Narong said the company took on the risk on their behalf to ensure stability as well as stressing the importance of risk management.

He added that all contract farms are closely supervised under the same standard as the company's own operations, ensuring consumers of high quality and traceable products. The company also hosted both group and one-on-one training programmes for farmers to boost their capacity on effective farm management and eco-friendly business practices.

Moreover, CP Foods was the only organisation from private sector to have participated in the Mekong Hub Knowledge and Learning Fair (MKLF) 2019, showcasing its contract farming model to delegates across Southeast Asia.

Thailand's permanent representative to FAO Thanawat Tiensin, said at the MKLF 2019 that the Kingdom is a role model for contract farming in the region, adding that strong collaboration between the government, financial institutes and private sector had succeeded in raising Thai farmers’ quality of life as well as the standard of Thai food products.

Armed with the knowledge, they can then adapt the company's model to their own environment.