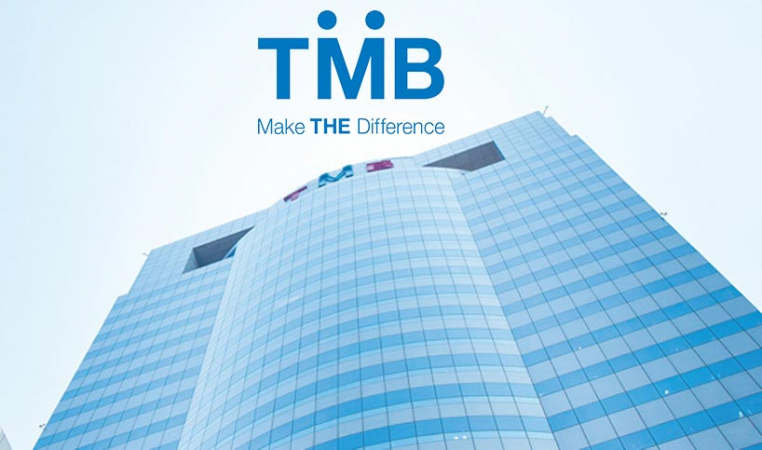 TMB Bank Plc has announced its financial results for the second quarter of 2019, showing a net profit of Bt1.91 billion, up 21 per cent from the first quarter of this year, said chief executive officer Piti Tantakasem.

In the quarter, the bank generated pre-provision operating profit (PPOP) of Bt4.72 billion, up 25 per cent quarter on quarter, driven by continued growth in net interest income (NII) and higher non-interest income (Non-NII), as well as well-delivered operating efficiency. TMB monitored its asset quality closely and continued to improve the quality of its loan portfolio with the bank setting aside Bt2.49 billion of provision for the second quarter.

Piti said in terms of balance sheet growth, the bank focused on expanding its deposit base through retail customer segment. The bank has grown new loans selectively and also continued to de-risk its current loan portfolio to improve quality, aimed at strengthening its financial position in support of potential merger transactions.

Nonetheless, due to an Bt4.2 billion outflow from commercial deposit , total deposit dropped to Bt649 billion, compared to Bt650 billion at the end of last year.

In regard to lending, total loan outstanding at the end of the second quarter sat at Bt680 billion, down from Bt686 billion at the end of last year, mainly due to loan repayments from large commercial customers in conjunction with the result of de-risking activities, especially in the medium- sized SME segment.

Retail loan portfolio, on the other hand, grew from the previous quarter, boosted by mortgage lending.

For the first six months, the bank saw a 6.4 per cent growth in retail loans and a 7.7 per cent rise in mortgage. In addition, the new booking of small SMEs remained on a gradual recovery as the bank remained selective in approving new loans.

The bank posted growth in total revenue, showing Net Interest Income (NII) of Bt6.34 billion, a 1.7 per cent increase from the first quarter while NIM stood at 2.90 per cent, compared to 2.89 per cent in the first quarter of this year. Non-interest income was Bt2.54 billion, up 11.8 per cent as fee income started to recover, especially in mutual funds.

Total operating income came to Bt8.89 billion, up 4.4 per cent quarter on quarter. Meanwhile, total operating expenses was Bt4.21 billion, down 11.1 per cent from the first quarter in which there was a one-time set-up of employee retirement benefit according to the revision of the Thai Labor Protection Act.

Thanks to higher revenue and lower operating expenses, pre-provision operating profit (PPOP) increased to Bt4.72 billion or 24.5 per cent. After the Bt2.49 billion provision and tax, net profit stood at Bt1.91 billion or an increase of 21.4 per cent.

In terms of asset quality, the bank reported a NPL ratio of 2.74 per cent, down from 2.81 per cent in the previous quarter while NPL coverage ratio, which reflects loan-loss absorption ability, stayed at 140 per cent.

In the quarter, the bank maintained its 2019 asset quality targets with NPL ratio of less than 2.9 per cent and NPL coverage ratio of above 140 per cent.