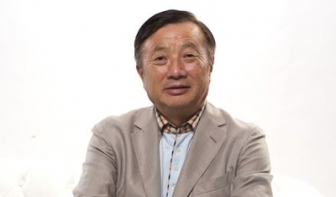 Ren Zhengfei, Huawei's founder and CEO, says the company is pressing on with a plan to reduce its reliance on US components.

Huawei's founder and CEO, Ren Zhengfei, said on Thursday that his company must remain focused on realising its own potential, despite a thawing of relations with the US.

US President Donald Trump agreed on Monday to award licensing deals between American companies and Huawei in a “timely” way, according to media reports.

The agreement was reportedly reached after a meeting at the White House with American tech giants Google, Qualcomm, Intel, Cisco, Broadcom, Western Digital and Micron Technology, which“requested timely licensing decisions from the Department of Commerce, and the president agreed”, said the White House.

The US president has seemingly performed a U-turn on his position on Huawei, as trade talks between the US and China resumed.

In a recent interview with the Financial Times, Ren said that Huawei would learn from its current experience with the US, and while his company was still willing to buy from US suppliers, it would ultimately look to reduce its dependence on American components.

“President Trump’s statements are good for American companies. Huawei is also willing to continue to buy products from American companies. But we don’t see much impact on what we are currently doing. We will still focus on doing our own job right,” he said.

In terms of 5G, Ren said there won’t be any problem with Huawei’s supply. “Our 5G equipment is the best in the world. No other companies will be able to catch up within two to three years. Supply won't be a problem. Our production lines are working flat out these days,” he told the media.

Huawei, the world’s leading telecommunication equipment supplier and the second-largest smartphone manufacturer, has signed over 50 5G commercial contracts, and shipped over 150,000 5G base stations around the world.

In Thailand, Huawei has been collaborating with the Digital Economy and Society Ministry, and other government offices and partners on the first 5G Testbed project in the country.

“The 5G Testbed project in Kasetsart University, Sri Racha campus, is in line with the government’s policy to accelerate Thailand’s digital-economy transformation,” said Huawei Thailand spokesperson Deng Feng. “Together, we can all cooperate to bring the best 5G network to Thailand, help the transition to 5G technology and transform the industry, so we can connect people for a better quality of life.”

On August 7, Huawei will hold an IoT Industry Summit in Bangkok, Thailand. The Internet of Things, a significant part of 5G, has the potential to be the engine to push forward Thailand 4.0 across the areas of Smart City, Smart Industry and Smart Life.

“We want to satisfy society and people, because our ultimate goal is to serve our customers. Who are our customers? 6.5 billion people, and possibly more in the future for more IoT connections. Therefore, we are committed to creating value for customers and ensuring we satisfy people's needs,” said Ren.