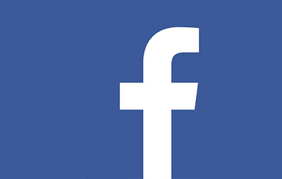 Thailand has been named as one of four countries where accounts have been removed for what it calls “coordinated inauthentic behaviour”.

The social media giant revealed on Thursday that it had removed several pages, groups and accounts on Facebook and Instagram and found that these organisations were located in Thailand, Russia, Ukraine and Honduras.

As a result, he said, 12 Facebook accounts and 10 Facebook pages had been removed “for engaging in coordinated inauthentic behaviour” that was located in Thailand and primarily involved in cyberattacks on Thailand and the US.

The attackers’ offending behaviour included sharing content and comments that dissented with the majority on such topics as Thai politics, US-China relations, protests in Hong Kong and criticism of democracy activists in Thailand.

Facebook also found that some of these activities were linked to an individual based in Thailand who is associated with New Eastern Outlook, a Russian government-funded journal based in Moscow.

The US-based company has recently launched a crackdown after being criticised for not acting quickly enough to combat the posting of extremist content and propaganda.