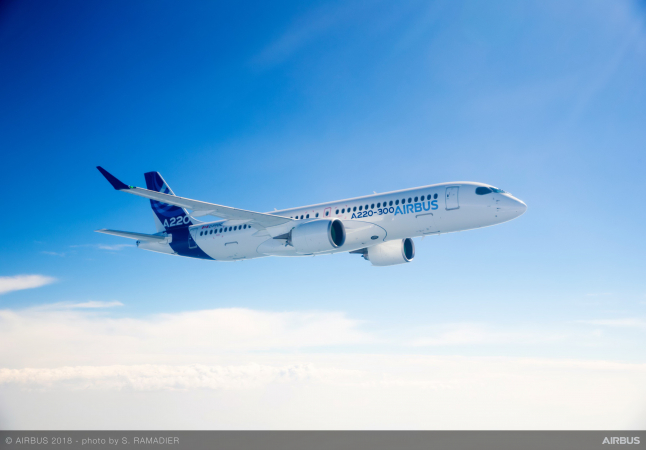 An Airbus A220-300 aircraft is visiting six Asian destinations as part of a nine-day demonstration tour that started on Monday across the region.

After a stopover at Seoul’s Incheon Airport, the aircraft heads to Yangon (Myanmar), the first location of the demonstration flight. The aircraft will then visit Hanoi (Vietnam), Bangkok, and Kuala Lumpur (Malaysia) before heading north to Nagoya (Japan). 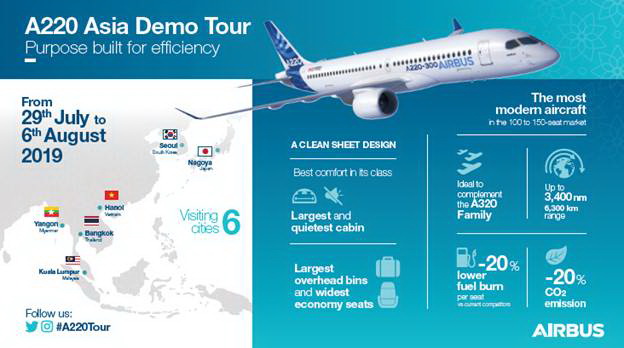 The A220 is the most modern aircraft in the 100-150 seat market. It delivers unbeatable efficiency and passenger comfort in its category, with 20 per cent lower fuel consumption than previous generation aircraft, according to the company.

The A220 being used for the demonstration tour is a test aircraft fitted with a typical single-class passenger cabin.

During the flight, customers and media will be offered a close-up view of the aircraft’s outstanding characteristics, comfort and performance that benefit both operators and passengers alike, the company said.