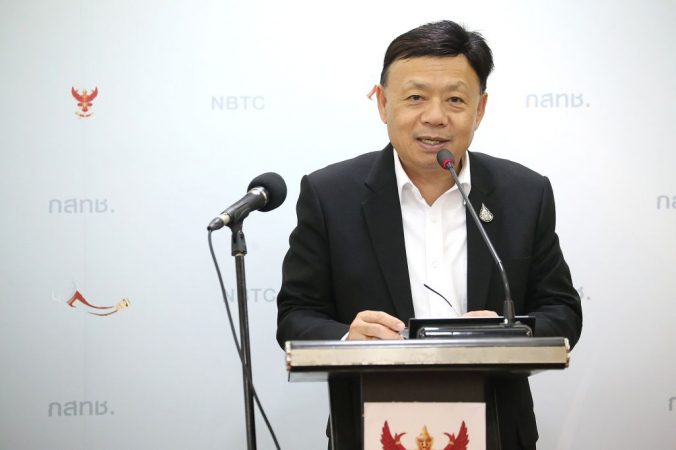 The National Broadcasting and Telecommunications Commission (NBTC) will propose to the board a partial recall of satellite spectrum band 3400-3700MHz, for reallocation to provide 5G service.

The band is currently occupied by Thaicom, the operator of Thaicom satellites.

NBTC secretary-general Takorn Tantasith said today (July 30) that he would ask the board to recall the band from the Digital Economy and Society Ministry, which granted it to Thaicom for the company's satellite services.

He added that the recall would not affect Thaicom's operations as it would have sufficient bandwidth left on this band to continue services.

The NBTC plans to hold two multi-band auctions as part of its 5G development policy. The first will consist of higher frequency bands, such as 26-28 GHz, followed by the middle bands (averaging 2600 MHz) and the lower 700 MHz band.