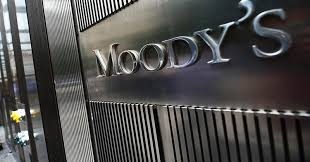 Moody's has also upgraded the Baseline Credit Assessments (BCA) and adjusted BCAs of BBL, KBank and SCB to baa1 from baa2, and those of KTB and TMB to baa3 from ba1.

Moody's also upgraded the long-term CRR and CRA of UOBT to A2 and A2(cr) from A3 and A3(cr) respectively. The CRRs and CRAs of BAY, CIMBT, EXIMT, and GHB were unaffected by today's (July 30) rating actions.

The changes in outlooks on the nine Thai banks follow Moody's affirmation of Thailand's Baa1 sovereign rating, and change in the outlook for the sovereign's rating to positive from stable on 25 July 25, 2019.

Loan growth fell short of estimates, reflecting continued subdued business sentiment and consumer confidence. However, profitability and stability of returns are expected for the remainder of 2019, with a continued gradual buildup of capital to guard against downside risks as well as upcoming regulatory measures, such as IFRS9 implementation in 2020.

Credit growth for Thai banks was much lower than expected at 1 per cent for the first half of this year, reflecting a lack of demand and conservative underwriting. While expected to improve, it will likely trail Fitch's full-year forecast of 7 per cent given the current trends, with increased preservation of capital as a result.

Anemic retail lending saw growth falling to 3.1 per cent for the first half , down from 7.8 per cent year on year due to slowing auto sales and the Bank of Thailand's (BOT) tightening of loan-to-value measures on mortgages that became effective in April. Corporate lending also encountered pressure, with mounting delays of approval for new infrastructure projects.

The country's GDP is expected to fall to 3.3 per cent this year from 4.1 per cent in 2018 before moderating to 3.5 per cent in 2020. Continued infrastructure project delays and lower investment by export-oriented firms remain downside risks, as does further escalation of the trade war.

Listed Thai banks' asset quality has been stable with an impaired loan ratio of 3.7 per cent as of June 30, 2019. More of the same is expected for the rest of the year. Downside risks could come from small to medium enterprise (SME), residential mortgage and auto loans segments, which have relatively high debt levels and a reduced capacity to withstand shocks. However, we do not expect a substantial increase in asset quality risk under current economic conditions, aided by the BOT's recent macro-prudential regulations and the banks' high loan loss reserves, with allowances at 152 per cent of impaired loans.

Core net interest margins are expected to be stable in the near term. Market expectations are for interest rates to be little changed while the low levels of credit growth should not pressure banks' liquidity given the system's liquidity coverage ratio stood at 173 per cent as of May 2019. We expect earnings trends going forward to be driven by fee income and credit costs.

Return on assets for listed banks was 1.3 per cent as of June 31, down just 2 bps year on year but aided by a substantial decline in provisioning expense amid solid capital buffers and the expectation of credit improvement.

At the same time, lower credit provisions helped offset higher employment costs, investment in operations and IT and the significant reduction in non-interest income, pressured by lower insurance premiums due to regulatory changes.

Hence, expenses as a percentage of income rose to 46.2 per cent versus 44.3 per cent year on year and are expected to remain elevated in the near term.