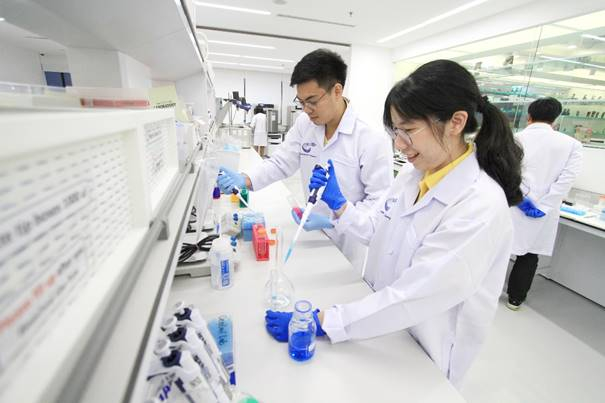 Thai Union Group Plc has posted net profit growth of 24.6 per cent in the first half of this year, although total revenue dropped from the impact of foreign exchange.

With high net profit growth, the company’s board of directors meeting on Tuesday (August 6) approved to pay the interim dividend payment of Bt0.25 per share for the period January 1 to June 30, 2019 on September 3, 2019. Shareholders were entitled to receive a dividend on August 21, 2019.

Dividend payment of Bt0.25 per share is subject to a 10 per cent withholding tax, or Bt0.025 per share, as it is derived from profit under a non-BOI privilege. The net dividend paid will value Bt0.225 per share, according to the company report to the Stock Exchange of Thailand on Tuesday.

The company announced total revenue of Bt32.21 billion in the second quarter of this year, a 4.6 per cent drop from the same period of last year after the Thai baht appreciated against the EUR and GBP between six and seven per cent, according to the company reports.

Excluding the impact of foreign exchange, sales would still decline (-2.2 per cent) along with a volume sales decrease.

Meanwhile, the company’s sales revenue in the first half of this year was down 2.4 per cent when compared with the same period of last year to Bt61.58 billion, driven partly by foreign exchange impact.

But the company reports gross profit of Bt5.36 billion in the second quarter of this year, up 13.1 per cent from the same period of last year.

In the first half of this year, the company also recorded gross profit of Bt9.74 billion, up 19.9 per cent from the same period of last year.

With the gross profit improvement, in the second quarter of this year normalised operating profit was at Bt1.57 billion, up 29.6 per cent in the same period of last year, despite booking labour retirement benefits of Bt205 million.

In the first half of this year, its normalised net profit was at Bt2.78 billion, up 24.6 per cent from the same period of last year.

“Profitability remains a key focus for us at Thai Union, and the overall performance in the second quarter was pleasing, particularly in a challenging operating environment,” the company's chief executive officer Thiraphong Chansiri said at press release on Tuesday.

“As we look ahead, Thai Union will continue to see new innovative products developed and launched in the market, which will provide us with new revenue streams as we work to build a business with sustainable growth.”

During 2Q19, Thai Union subsidiary Chicken of the Sea reached a settlement with a majority of plaintiffs in an ongoing antitrust litigation in the US, resulting in an additional Bt1.4 billion after tax. Excluding the one-time accrual, the company recorded a net profit of Bt1.51 billion.

“We share this updated litigation status as Chicken of the Sea has now appropriately provided for any financial impact,” said Joerg Ayrle, group chief financial officer.

Thai Union continues to invest in innovation, and in June its new Global Innovation Centre in Bangkok was officially opened by Her Royal Highness Princess Maha Chakri Sirindhorn. The facility has been expanded to over 5,000 square metres, and houses more than 160 scientists and researchers from around the world, Thiraphong said.