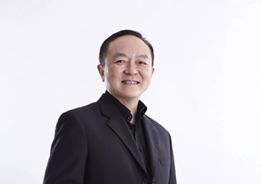 Krungthai Card Plc or KTC expects to get a licence for nano and pico financing from the Finance Ministry this month, the company’s chief financial officer Chutidej Chayuti said at group interview recently.

He explained that nano and pico financing aim to meet loan demands from the lower-income group.

“We don’t know about the market size but we believe the market is large enough for us to do business,” he said.

Chutidej said that nano and pico financing were a means of helping lower-income people get low-interest loans compared to money borrowed from loan sharks.

“Once we get the licence, this side of the business will start generating profits within two years,” he added.

Since December 2017, the Finance Ministry has approved 33 licences for nano financing and 43 for pico financing nationwide.

Nano financiers provide loans for small businesses, and loans are not more than Bt100,000 at an effective interest rate of 36 per cent per year.