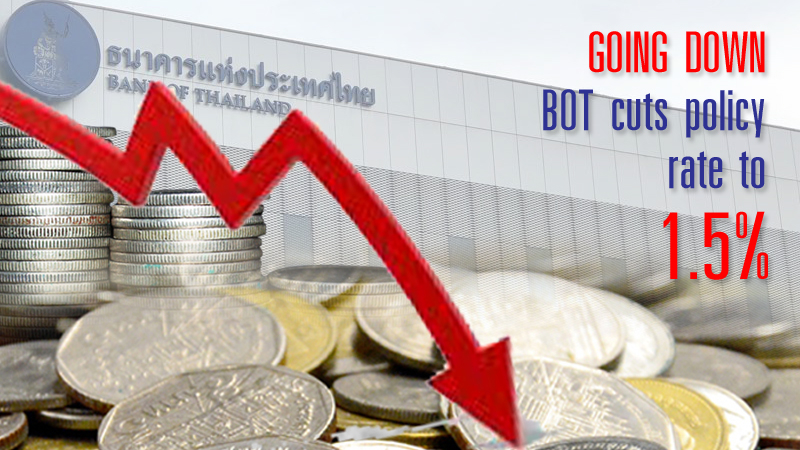 The Bank of Thailand’s Monetary Policy Committee (MPC) on Wednesday (August 7) made a surprise decision to cut the policy interest rate amid an economic slowdown and the heightened trade war between the US and China.

The MPC cut the interest rate by 25 basis points to 1.5 per cent.

Of the seven-member committee, five voted for the cut while two voted to maintain the rate at 1.75 per cent.

The baht has been one of the strongest currencies in the region while the Chinese yuan has been weakening.

The baht and Thai government bonds are considered by foreign investors as safe-haven. The baht ranks 15th among the strongest currencies. 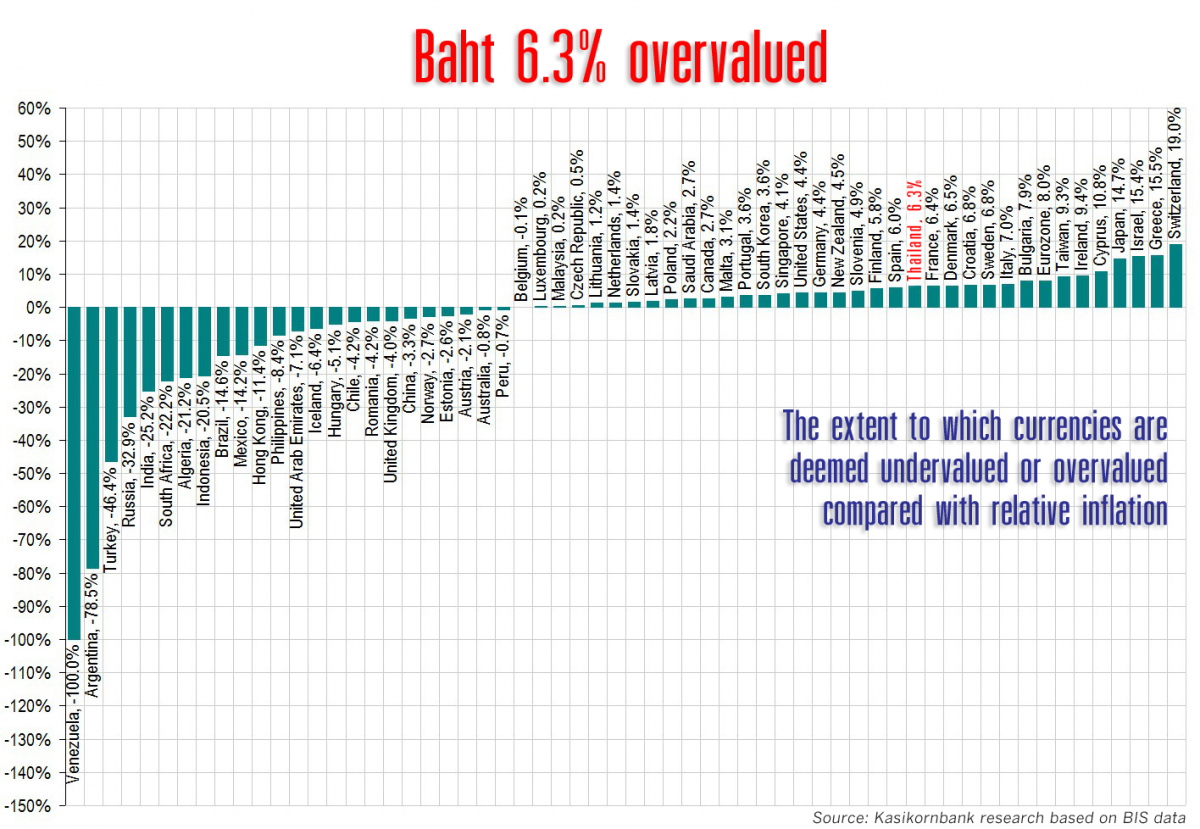 The Thai currency has appreciated against the US dollar by about 5 per cent since early this year while it has gained 8 per cent against the yuan.

Exporters and even overseas Thai workers have recently expressed worries about the stronger baht.

Economists had expected the MPC to maintain the policy rate at today’s meeting.

Kobsidthi Silpachai, the head of capital markets research at Kasikornbank, said the central bank aims to prevent further appreciation of the baht and shore up the economy.

“It may not help much if other central banks follow suit and it could lead to competitive easing, comparable with the competitive devaluation during the 1997 financial crisis,” Kobsidthi said.

“We suspect that the central bank’s decision to cut the policy rate to 1.5 per cent today is a result of the strong baht,” said Tim Leelahaphan, an economist with Standard Chartered Bank.

“However, in a similar way to the Bank of Thailand’s past measures to prevent the baht from appreciating further, it may take some time for the lowering of the rate to have an impact on the baht’s strength.”

He pointed out that, also on Wednesday, the New Zealand and Indian central banks cut their interest rates, deepening the trend of global monetary easing after the US Federal Reserve reduced its benchmark rate on July 31.

These actions put further pressure on the baht to appreciate, giving the Bank of Thailand an incentive to lower interest rates in an attempt to keep the baht’s strength in line with that of the currencies of the country’s neighbours, he said.

Furthermore, the central bank’s decision to lower the policy rate may reflect an attempt at policy synchronisation with the government’s efforts to stimulate consumer spending, he said, referring to the speculation that the new government will implement economic stimulus measures to boost such spending before the year’s end.