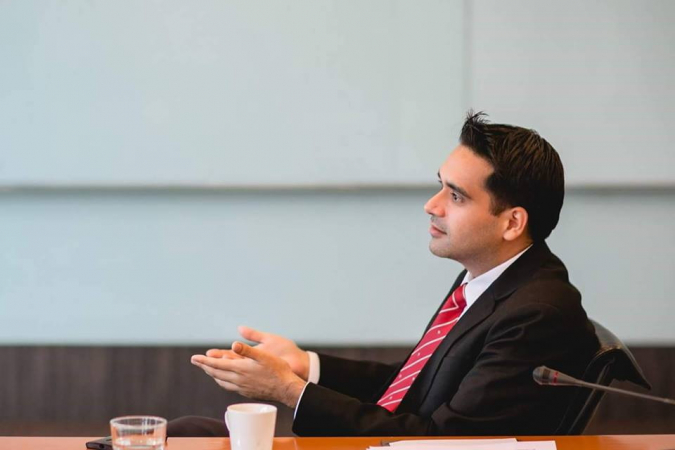 Amornthep Chawla, executive vice president of the Head Research Office of CIMB THAI, expressed surprise at the decision of the central bank's Monetary Policy Committee (MPC) to cut its policy rate from 1.75 per cent to 1.50 per cent.

The board voted five to two to cut the key rate.

"Thailand’s policy rate cut is unexpected as usually the MPC would gradually communicate on the need to ease monetary policy in a previous statement," he said. "However, in the previous meeting, the BOT stood firm on the issue of financial stability, such as high household debt, search for yield behaviour and underpricing of risk. What led to the change of mind?” he posed.

Amornthep said that the BOT appeared to be firm in its decision to hike the policy rate by 25 basis points in December last year, claiming stable growth, rising inflation rate and building up policy space. "However, since the beginning of the year, there are three factors that could have induced the MPC to reverse its previous position. First, the Thai economy appeared to be deteriorating from weakening global demand, causing Thai exports to shrink. When exports dropped, investors cut down production capacity and lowered overtime payment to staff, deterring purchasing power.

"Second, Thailand’s inflation rate has been falling below the BOT’s lower bound target of 1 per cent. The BOT may claim that the fall of inflation rate was mainly due to declining oil prices, but declining purchasing power may somewhat result in falling inflation rate.

"Third, the baht has been strengthening against the US dollar and regional peers, deterring export competitiveness. The [US] Fed, and other central banks in the region have cut their policy rates and sent signal for more rate cuts to stimulate growth, implying weakening of currencies to boost exports during the time of trade war."

Amornthep said Thailand has been a victim of both trade and currency wars as exports shrink and the baht strengthens against others.

“At first, I thought that the BOT may be able to tolerate this situation for a couple of months or at least until the end of the year while waiting for third-quarter GDP data. However, Trump’s tariff of 10 per cent on US$300 billion worth of imports from China may have been the signal to prevent further decline in exports and a possible weakening economy in the second half of the year. Trump’s tariffs may have been the last straw for the BOT to say that its tolerance is enough,” he said.

Amornthep said that he would expect more cuts from the BOT. The conditions for a rate cut are, for example, escalating trade war, continual strengthening of the baht against peers, declining inflation rate and weakening economy.

“I do not think that the BOT would cut the rate soon for fear of losing its policy space. It may apply other measures to stimulate growth or weaken the baht for the time being, such as easing measures on loans or encouraging capital outflows," Amornthep said.

Meanwhile, the BOT may wait for fiscal stimulus from the new government to boost demand among low-income households or provide tax incentive measures for the middle-class to increase their spending, he added, noting that a delayed budget process may leave the new government short of funds to stimulate growth. Thus, the BOT may take a wait-and-see stance for now to evaluate the third quarter GDP data released in November. If there is a sign of improving economy or declining risk from the trade war, the BOT may stay put on the rate. “However, I would think that the economy may not be able to pick up as strongly as expected earlier and may require further cut to stimulate growth. I would expect one more cut in December this year,” he said.

Will the BOT relax on loan supervision?

“I do not think that the BOT would relax its efforts to curb the rise of household debt and mortgage NPLs [non-performing loans]. It may not reverse its policy to lower loan-to-value for housing loans. Going forward, the BOT may continue monitoring loan provision by commercial banks. Further, it may go ahead with a new policy to cap debt-service ratio of borrowers. Despite these regulations, the BOT may be content with financial stability and may apply rate cuts further if necessary with little worry about the side-effects of rate cut that could affect financial stability,” said Amonthep.

He said BOT’s rate cut on Wednesday is an attempt by the central bank to stimulate growth and may aim to further weaken the baht against peers. However, the economy may not accelerate fast enough as weakening global demand will affect Thai exports. The government may have to pursue stimulus measures to raise purchasing power and distribute income to low-income households.

Meanwhile, the BOT may monitor the effectiveness of rate cut whether it could help increase loan growth or not. "The door for rate cuts has just opened. Let’s wait and see how it goes and let’s hope that Thailand does not become a victim of both trade and currency wars.