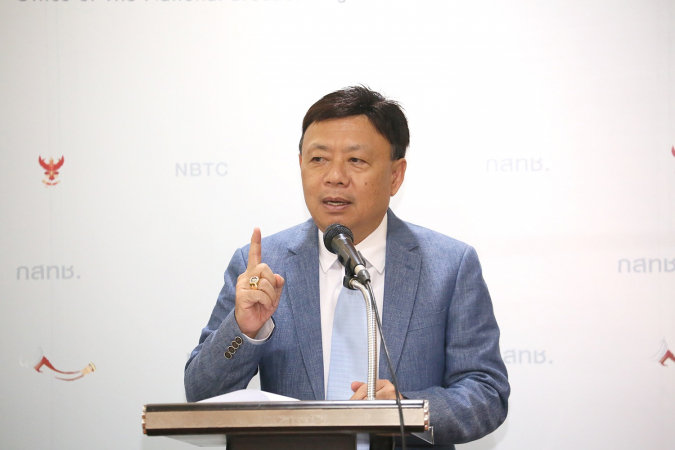 The National Broadcasting and Telecommunications Commission (NBTC) will on Friday morning pay more than Bt1.020 billion in compensation to three firms that have returned their terrestrial digital TV licences.

In May they were the first broadcasters to inform the regulator of their intention to hand back their licences and will all suspend programming after midnight Thursday.

Six commercial digital TV broadcasters announced on May 10 that they were returning the seven licences they had secured from the NBTC. May 10 was the deadline for broadcasters to declare such an intention.

Voice TV will go off the air after midnight August 31.

BEC Channel 28 and Channel 13 leave the airwaves on September 30.

Thailand currently has 22 commercial digital TV channels in what is seen as a saturated market.

The NBTC is ceding to directives from the former ruling junta to ease the financial burden of digital TV broadcasters in an industry that had struggled for years amid the rise of the Internet.

The junta also required the NBTC to waive upfront payments for the fifth and sixth instalments on all licences.

The NBTC will cover the network rental fees for all licence holders for the remainder of their nine-and-a-half-year term.

The NBTC board has meanwhile approved a multi-band-spectrum auction plan to help propel Thailand into the 5G era.

It will soon arrange a hearing with all parties involved.

There will be two auctions, the first for higher-frequency bands such as 26-28GHz, the 2600MHz middle band and the lower 700MHz band.

The board also approved a partial recall of satellite spectrum band 3400-3700MHz for reallocation to 5G service.

The Digital Economy and Society Ministry had granted it to satellite operator Thaicom.

Takorn has said the recall wouldn’t affect Thaicom's operations, for which it has sufficient bandwidth remaining.