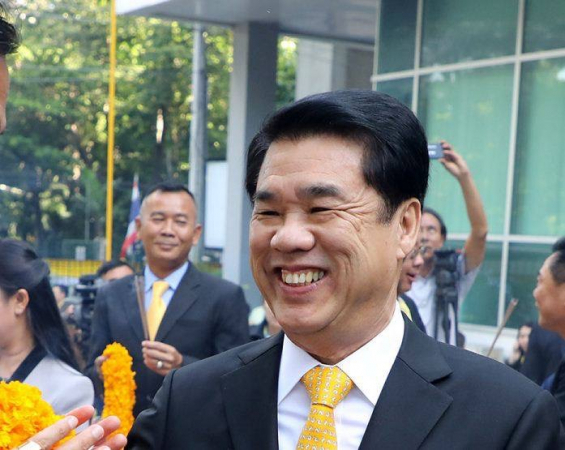 Industry Minister Suriya Juangroongruangkit said the US Charge d’affaires Peter Haymond met him to discuss further investment and expansion of trade. Haymond also invited the Thai government to invest in ExxonMobil, which is interested in building a petroleum chemicals plant in the Eastern Economic Corridor (EEC). The petrol giant is eyeing 1,000-rai (160-hectare) of reclaimed land and plans to spend Bt200 billon on the project.

Suriya said he was pleased with ExxonMobil’s interest in expanding its investment in Thailand and will coordinate the discussion of details between the US company and the Industrial Estate Authority of Thailand (IEAT).

IEAT is currently studying the potential of the project and assessing its environmental impact.

“The process of land reclamation has improved greatly. Many developed countries like Japan and Singapore have done it without having any impact on the environment. If we study the project and plan carefully, it will be of great benefit for our country,” Suriya said.

Meanwhile, Haymond said many small entrepreneurs from the US were interested in investing in Thailand, especially in industries such as the manufacturing of parts of the interior of aircraft, such as kitchen gadgets and seats. If Thailand can produce such products, companies like Boeing will be interested and will support the business.