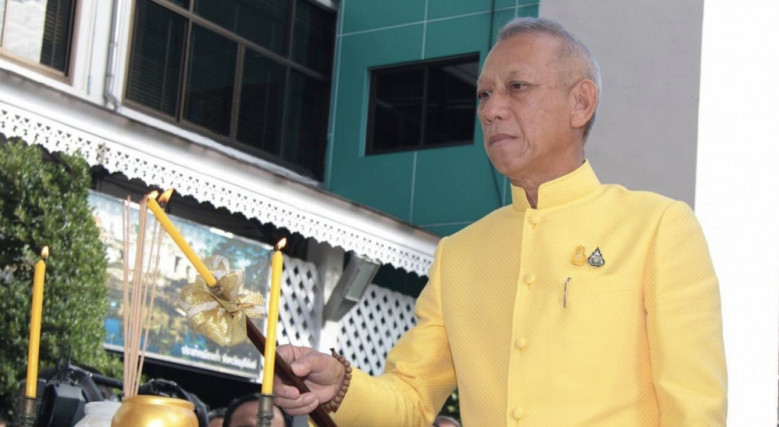 Tourism and Sports Minister Phiphat Ratchakitprasarn said he would ask the Cabinet to consider exempting Chinese and Indian tourists from an entry visa for a year to boost tourism.

Phiphat said he has discussed the measure with Prime Minister General Prayut Chan-o-cha and Deputy Prime Minister Somkid Jatusripitak and the two agreed with it in principle.

Phiphat said he would submit the proposal to the Council of Economic Ministers for endorsement and then send it to the Cabinet for approval before the end of this month.

The measure would allow tourists from China and India to stay in Thailand without a visa for 15 days. The exemption period would begin on November 1 and run through October 31 next year.

Phiphat said the measure would help maintain some 11 million Chinese tourists, who might be affected by the appreciation of the yuan.

He added that the measure would draw some 2 million Chinese tourists to visit Thailand this year and 3 million next year.

The tourism minister said he would also ask the Cabinet to extend the waiving of Bt2,000 visa fee for tourists from 19 countries for another year. The visa fee waiver is scheduled to expire at the end of October.

Wichit Prakorbkosol, president of the Association of Thai Travel Agents, expressed support for the no-entry visa measure, saying it would encourage more Indian tourists to visit Thailand while maintaining the number of tourists from China.

“The Indian tourism market is seen as interesting by the private sector. Several Asean countries are our competitors for the market, including Malaysia and Singapore,” Wichit said.

“A lot of Indians visit Malaysia. Without a stimulus, we will definitely lose the Indian tourists.“

Supawan Thanomkiartphum, president of the Thai Hotels Association, also expressed support for the measure, adding that she would prefer that the government not set a time frame but use it indefinitely.

“I would like it to be used continually in the same way as Japan exempts Thais from an entry visa. The exemption has been in place since the middle of 2013,” Supawan said.