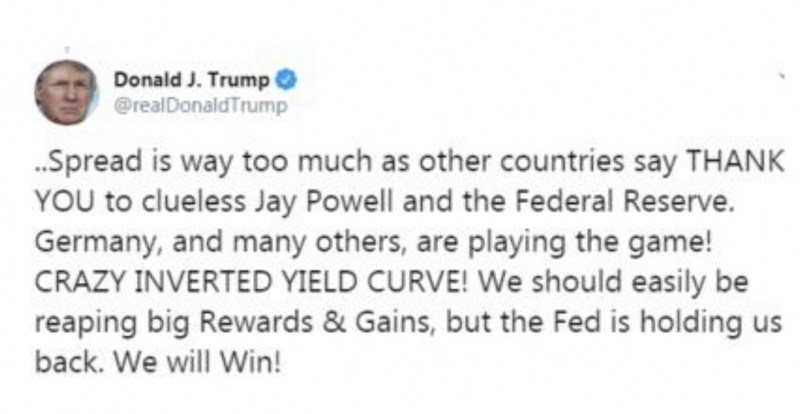 Asian stock markets this morning followed Wall Street’s lead and fell sharply as investors showed their worries about economic recession and the impact of trade war between the US and China, although prominent economist Paul Krugman downplayed the fear of recession.

The Stock Exchange of Thailand Index dropped 1.6 per cent in this morning trading.

Nikkei 225 plunged almost 2 per cent, falling 1.8 per cent in Thursday’s morning trading. In China, Shenzhen Composite dropped more than 1 per cent as did the Shanghai Composite while Hong Kong’s Hang Seng shed half a per cent. Investors in South Korea showed less concern, with the Kospi rising about half a per cent.

China’s industrial output grew by 4.8 per cent year-on-year in July, data from the National Bureau of Statistics showed Wednesday. The growth rate was 1.5 percentage points lower compared with June and July’s industrial output figure was the lowest in 17 years.

German GDP shrank by 0.1 per cent in the second quarter, raising fears that Europe’s biggest economy could be heading for recession. Investors interpreted poor economic conditions as a result of the trade war between the US and China.

US investors were also panicked by an inverted yield curve as yields on 10-year bond were lower than on two-year bonds, a signal of a looming recession. On Twitter, President Donald Trump blamed the Federal Reserve, calling it “clueless” and noting he has repeatedly called for larger interest rate cuts.

Howeve, prominent economist and Noble prize laureate Paul Krugman downplayed threat of recession saying on Twitter that “objectively, the economic problems are nowhere near as serious as 2008, or even 2001. But we're being led by the gang that couldn't think straight.” Krugman blamed Trump and his aides for poor economic policies and said that Fed is unlikely to come and rescue the markets. 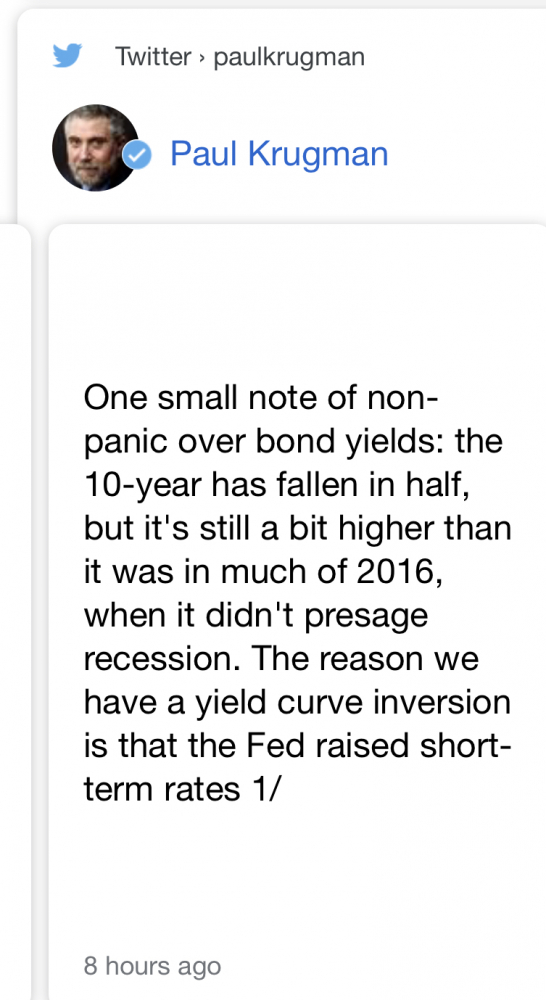 There were signs of the market stabilizing as S&P 500 Futures rose half a per cent in Thursday’s morning trading.