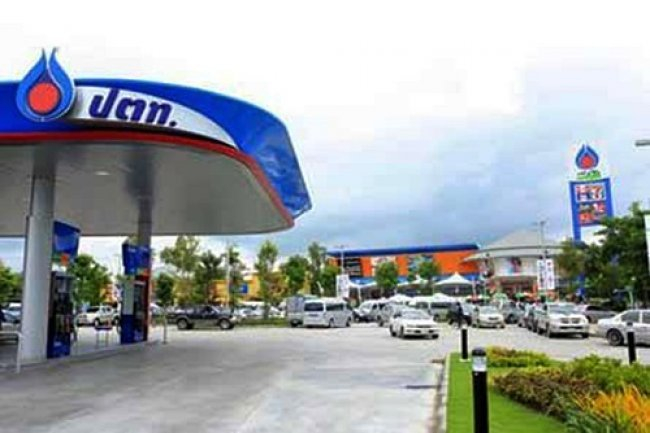 PTT Plc’s share price on Thursday morning closed at Bt42.50 per share, a Bt0.75 drop per share or down 1.73 per cent from Wednesday when the company and its subsidiaries reported Earnings before Interest, Tax, Depreciation and Amortisation (EBITDA) of Bt73.80 billion, an 8.3 per cent decrease of Bt6.71 billion from the first quarter of 2019.

Additionally, most petroleum crack spreads and petrochemical spreads, both olefins and aromatics, decreased in the second quarter. Nevertheless, performance of the gas business group increased when compared with the last quarter, mainly from PTT’s natural gas sales and marketing businesses (S&M) and the gas separation plant (GSP) business following higher sales volumes. Also contributing was the performance of petroleum exploration and production business, which improved with the rise in both average sales volumes and selling prices.

In this quarter, PTT and its subsidiaries incurred additional compensation from the new Labour Protection Act for its affiliates. In this regard, net income in the second quarter of this year was Bt25.93 billion, an 11.5 per cent or Bt3.37 billion decrease from the first quarter of this year’s Bt29.31 billion in line with the drop in EBITDA as aforementioned. In the meantime, depreciation and amortisation of technology and engineering businesses, and income tax expenses of petroleum exploration and production business also rose.

In addition, there were higher gains on derivatives from PTT Exploration and Production Plc (PTTEP), PTT International Trading Pte Ltd (PTTT) and affiliates in petrochemical and refining businesses, as well as higher unrealised gains on foreign exchange rates from foreign currency loans due to higher Baht appreciation when compared to the previous quarter.

Olefin and aromatic spreads also decreased. Likewise, the gas business group recorded softened performance due to lower gross profit of PTT’s GSP business following lower selling prices referenced to a significant drop in petrochemical prices and higher natural gas costs. Nevertheless, the recurring profit improved from the performance of petroleum exploration and production businesses, which increased from the rise in average sales volume and selling prices, as well as, in technology and engineering businesses’ performance, mainly from GPSC’s acquisition of GLOW in March 2019.

In the first half of this year, PTT and its subsidiaries recorded higher selling and administrative expenses. In this regard, net income in the first half of this year was Bt55.25 billion, a Bt14.56-billion drop, down 20.9 per cent from the same period of last year of Bt69.81 billion. This was in line with the decline of EBITDA as aforementioned and higher depreciation and amortisation expenses from PTTEP and GPSC.

Nonetheless, there were lower income tax expenses following decreased net incomes, a loss on derivatives, as well as higher foreign exchange rate gains. Those gains were due to the appreciation of the Thai Baht against the US Dollar in the first half of 2019 when compared with the depreciation of the Thai Baht in the first half of last year, according to the company reports to the Stock Exchange of Thailand on Wednesday.