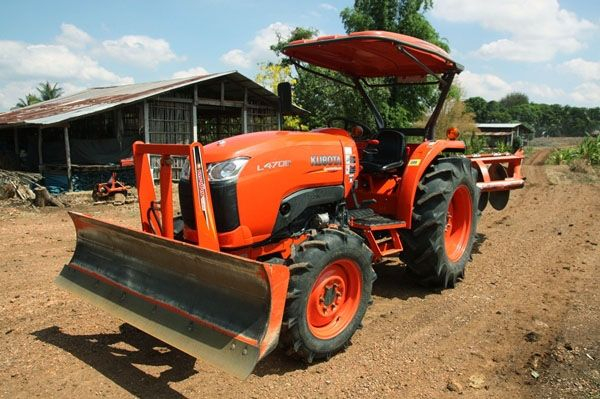 Traders and farmers on Friday called on the Commerce Ministry to revoke a ministerial order that prohibits the import of used tractors, which will seriously impact cost of production.

More than 100 used-tractor traders and farmers gathered in front of the Commerce Ministry on Friday morning, asking the authority to exempt tractors from the ministerial order that proposes a ban on the import of all used vehicles into the Kingdom. The order, which will take effect on December 10, will also prohibit the import of used tractors for any agricultural purposes.

They argued that the order would seriously impact more than 500,000 farmers and not less than 40 traders of used tractors throughout the country, who have been impacted and may have to shut down their business.

Boonchuay Sridech, a sugarcane farmer in Nakhon Sawan province, said that if the commerce minister still insisted on enforcing the order, individual farmers would be burdened by higher production cost.

Patcharin Chamnarnjak, on behalf of the used tractor traders, said that she had come on Friday to urge the Department of Foreign Trade at the Commerce Ministry to review this order. She said no stakeholder had got a chance to participate in the public hearing process.

"We would like the Commerce Ministry to listen to the opinions of all stakeholders as well as cancel or revise the ministerial order, which prohibits the import of used tractors for agriculture," she said.

The deputy director-general of the Department of Foreign Trade, Wanchai Warawit, met the delegation and received their complaints on Friday. He said the department had also held an urgent meeting on the matter and resolved that the ministry order should be revised, indicating that used tractors have not created any negative impact on the environment. The department is preparing to approach the Cabinet to cancel the ban on the import of used tractors.

“After discussions with related authorities, including the Industry and Agriculture and Cooperatives ministries, we reached the conclusion that as far as environmental and product safety were concerned, the import of used tractors created less pollution as the vehicles are used only in the production season. They are also safe," said Wanchai. He noted that the meeting had led to mutual agreement about granting an exemption for used tractors from the ministry order.

The total number of new and used tractors deployed in Thailand's agricultural sector is about 15,000 each year. Many of them are imported from Japan and the prices of used tractors are two times lower than the new ones.