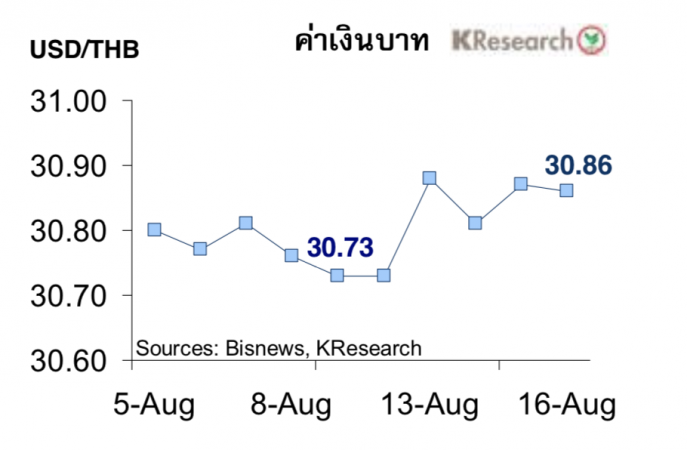 The National and Economic Social Development Council will today release the gross domestic product results for the second quarter of this year.

Most research houses predict growth would be slower at around slightly over 2 per cent, compared with 2.8 per cent in the first quarter which was the slowest growth in nearly four years. The Economic and Business Research Centre for Reform forecast growth at around 2.5 per cent for the second quarter, while Siam Commercial Bank predicted 2.2 per cent, a near five-year low.

Meanwhile, Kobsidthi Silpachai, the head of capital markets research at Kasikornbank, said that Thailand’s GDP in the second quarter may expand by 2.8 per cent while full year GDP would grow 3.1 per cent.

The new GDP figure is expected to affect the movement of the baht and the Stock Exchange of Thailand Index.

Kasikorn Research Centre said the baht would be affected when the GDP figure is released. The baht closed at Bt30.86 per dollar on Friday, weakening form Bt30.73 the previous Friday.

Foreign investors made net sales of Thai shares and government bonds as they were worried about the threat of an economic recession in the United States, leading to a weakening of the baht.

Between August 19-23, the baht is expected to move between Bt30.70 to Bt31 to the dollar. The market will focus on the GDP figure, July’s export figure and the latest developments in the trade war between the United States and China, as well as Brexit, according to Kasikorn Research. 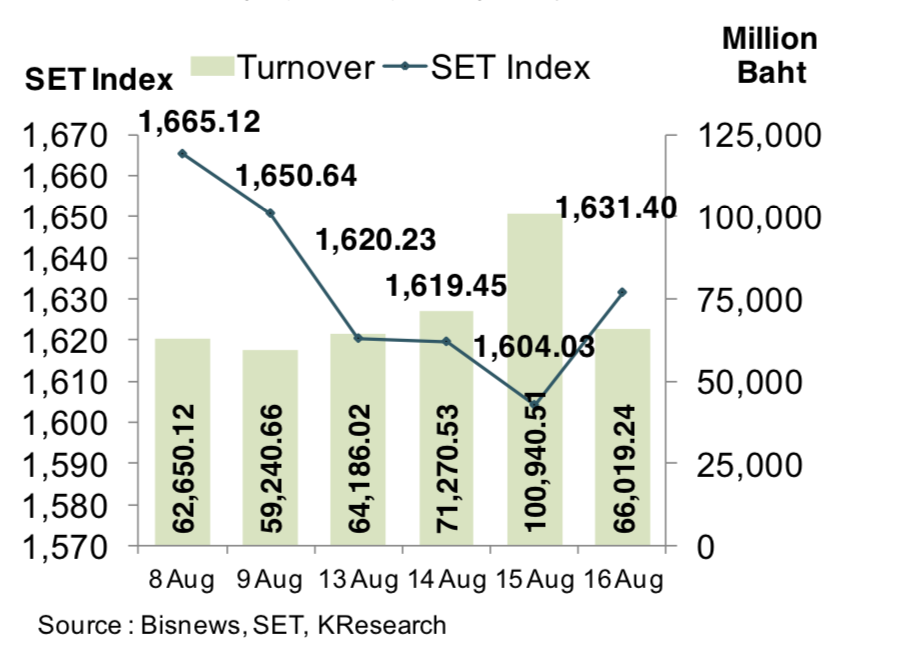 The Thai stock market on Friday dropped 1.17 per cent from the previous week to 1,631.40. The market was in negative zone most of the week after making some gains on Friday. Investors were worried about the impact of the trade war, the recession, the protests in Hong Kong and political instability in Argentina. They, however, welcomed news reports of the Thai government’s stimulus package. The SET Index may move down to the 1,610-1,590 level while the resistance barrier is between 1,640-1,650 for this week, according to Kasikorn Research. Investors will also focus on the preliminary purchase managers’ index for July in major economies, namely the US, Japan and the euro-zone.

Investors will also keep an eye on sales of new homes and second homes in July in the US and the minutes of the US Federal Reserve meeting. The will also look at July’s inflation rate in Japan, said Kasikorn Research.