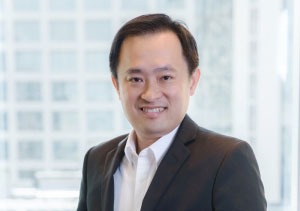 The Outlook, which provides revenue data and forecasts for 14 industry segments across 53 territories, said total global spending on E&M will rise at a CAGR of 4.3 per cent through 2023. This growth rate will see the industry’s global revenue reach Bt85.66 trillion that year, up from Bt69.5 trillion in 2018.

“Thai consumers are increasingly looking for personalised media interactions. With the proliferation of smartphones and connected devices, middle class Thais are leading demand for a better customer experience tailored to their individual tastes and preferences.

“With the expected launch of 5G networks, operators will need to be ready to respond promptly to the shift in how and when people want to consume and interact with media.”

With Thai consumers and businesses alike spending more on digital media, traditional E&M players including publishers and TV broadcasters have been moving towards providing more digital services to capture consumers. Still, some players have struggled to survive and went out of business.

Over-the-top (OTT) video is forecast to be the fastest-growing E&M segment in Thailand in the next five years, according to the Outlook. This is fuelled by growing appetite for on-demand video content, which has intensified recent competition among overseas players such as Netflix, iflix and HOOQ.

“Thailand may be one of the smallest markets in the Asia Pacific region, but that just means there’s plenty of room for this segment to grow. With the Thailand 4.0 policy, we expect the country’s digital infrastructure, internet access and mobile connectivity to improve markedly in the coming years,” added Pisit.

In Thailand, Facebook remains the most used site followed by YouTube and Line. Some 74 per cent of Thais are active social media users. On average they spend 3 hours and 11 minutes using social media each day, the Outlook said, citing data from Hootsuite and We are Social’s Digital 2019 report.

Video games and esports is the third fastest-growing segment in Thailand, set to hit Bt33 billion by 2023 at a 7.7 per cent CAGR. Social/casual gaming is the largest sector of the total market, charting at a CAGR of 7.8 per cent as growing smartphone penetration results in a larger consumer base for mobile games.

As E&M companies reinvent their organisations and offerings for an increasingly personalised world, four priorities have emerged:

● One size doesn’t fit all: As companies approach both markets of individuals and individual geographic markets, they’re finding that it makes sense to present different options: all-you-can-eat offerings with unlimited usage in some areas, tiers of payments for different services in less developed markets, and competing on affordability. Meanwhile, across all markets, both mature and developing, PwC’s research finds stark differences in terms of segment growth.

● The number of consumer touch points is expanding: As media and e-commerce experiences become more personal, gratification for consumers is becoming more instant and immediate. In response, content creators and distributors are devising new ways to appeal to consumers as individuals and marketers figure out how to meet consumers at the point of consumption and point them instantaneously towards purchase. Witness the rise of shoppable online advertising, often promoted by influencers. Voice is also becoming a key form of interaction for both search and shopping, supported by the rise of smart speakers.

● Technological innovation introduces a new era of personalised computing: Companies are leveraging artificial intelligence’s (AI) ability to understand individual tastes and consumption habits to offer up the most compelling content. The combination of AI with 5G will be especially powerful, as it will fuel the rapid growth of segments such as video games and virtual reality (VR). The Outlook forecasts show video games' compelling combination of growth and scale, while VR will be the fastest-growing segment overall.

● Trust and regulation remain pivotal, as personal data hygiene becomes key: With consumers moving to the centre of their own world of media experiences, their personal data — from the music they stream and the news they read to the products they buy — is taking a central role. In the emerging world, maintaining personal data hygiene is becoming key to the overall health of the E&M ecosystem. For companies, this goes beyond regulatory compliance, which is merely table stakes, and extends to building trust by behaving transparently and responsibly with customers’ data, ensuring the accuracy of news, and being sensitive to concerns around issues such as digital addiction.