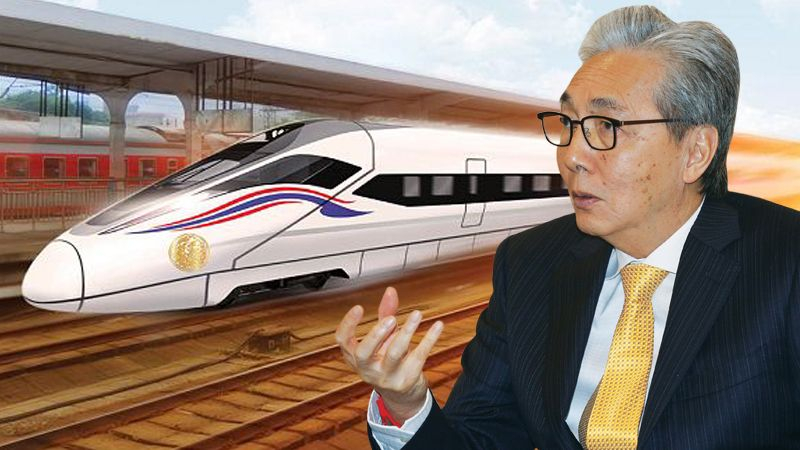 Deputy Prime Minister Somkid Jatusripitak on Wednesday spoke with Japanese Ambassador Shiro Sadoshima at Government House about the possibilities for investment in a high-speed railway on the Mukdahan-Mae Sot route in the Eastern Economic Corridor.

He said the ambassador told him the Japan International Cooperation Agency had studied the idea and found potential for investment.

Somkid noted that Thailand has for years sought investment from Japan with an eye to promoting rail transport linking Vietnam, Cambodia, Thailand and Myanmar.

He planned to discuss the matter with the transportation minister and ask the Thai-Japanese Joint Committee on Trade, Investment and Economic Cooperation to consider it.

Sadoshima urged that priority be given to vocational education and industrial training in Thailand, along the lines of Japan’s Toyota National College of Technology, which trains students to work in factories.

Somkid said he would take the recommendation to the prime minister and education minister.

He also invited Japanese companies to invest in the Thailand Cyberport project and vowed to ensure that mass anti-Beijing protests in Hong Kong do not disrupt Thailand’s dealings with the territory.