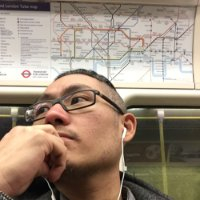 With China undergoing an industrial transformation, shifting from a primarily manufacturing economy toward a more service- and creative-centric one, Chinese consumers are paying more attention to cultural and leisure lifestyles.

Chinese are being increasingly encouraged to visit cultural and creative venues as the latest research from market intelligence agency Mintel reveals that as many as three in five (60 per cent) urban respondents say that they have been visiting more cafés in the past six months, while over half of those surveyed have increased visits to libraries (56 per cent) and bookstores (55 per cent). What’s more, two in five (40 per cent) in urban areas say they have been visiting more museums, and more than a third (36 per cent) say the same of art galleries.

“Chinese consumers today are paying more attention to cultural and leisure lifestyles, and are therefore spending more money on leisure and entertainment,” said Chih-yuan Wang, category research director, retail, Mintel China Reports. “As discussed in the Mintel Trend report ‘Slow it All Down’, as lives become faster and more hectic, there is a wider appreciation for taking one’s time. Cultural and creative visits present an opportunity for Chinese consumers to enjoy a degree of slow-paced escapism. We are seeing the emergence of new-format bookstores and lifestyle stores featuring comfortable spaces, aligning with consumers’ pursuit of leisure and better living. It’s not just about selling products, it’s also about selling a way of life,” Chih-yuan added.

Research from Mintel’s report also shows that Chinese consumers are indeed spending more on leisure and entertainment. Total expenditure in the sector reached an estimated 2.04 trillion yuam (Bt8.87 trillion) in 2018, growing 9.7 per cent from 2017. The research reveals that going to the cinema has become the most popular cultural activity, with three quarters (74 per cent) of urban Chinese respondents having purchased film tickets in the past six months. This is followed by spending on exhibitions (40 per cent) and concerts, operas, dramas or plays (35 per cent).

“Despite the popularity of video streaming services, our research shows that Chinese consumers love going to the cinema. Going to the cinema is perceived as a leisure activity rather than a cultural one, showcasing the potential to explore the cultural aspects of cinema and the overall film industry. Transforming cinema from a leisure venue into a cultural venue will open up opportunities for the film- or play-related merchandise market.” Chih-yuan said.