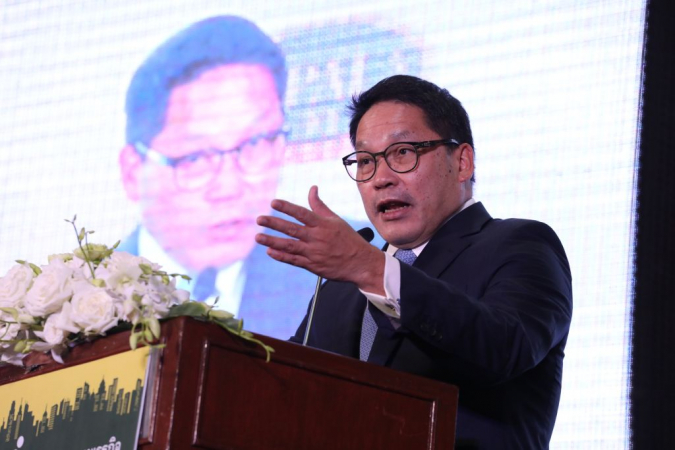 Finance Minister Uttama Savanayana has insisted that the real estate sector can cope economically on its own without the government’s help.

Speaking at a realty seminar hosted by the newspaper Krungthep Turakit on Thursday, he said the sector could readily adjust to the Bank of Thailand’s loan-to-value (LTV) policy on mortgage loans that took effect on April 1.

He also pointed out that the Thai economy continues to expand.

The government’s latest economic stimulus packages are aimed at helping revive the grassroots economy, and that should in turn benefit to the property sector, Uttama said.

The Bt316-billion stimulus package approved by the Cabinet on August 20 focuses on cash handouts for low-income earners and domestic travellers and extends soft loans to drought-afflicted farmers.

Uttama said that, once the US-China trade war ends, the Thai economy will expand at a faster rate.

He predicted that, regardless, GDP growth will reach 3 per cent, as forecast by the National Economic and Social Development Council.

He asked everyone involved to help build public confidence in the economy despite any challenges that might arise.