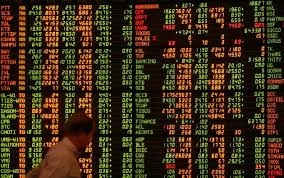 The ratio of foreign ownership in the Thai stock market as of June is estimated at 29.9 per cent, valued at Bt5.15 trillion, according to the Securities Exchange of Thailand (SET).

SET researcher Sumitra Tangsamavorapong said the ownership ratio is obtained from the corporate action registrar and trading information within the SET.

She said up to 50 per cent of ownership is in the banking, energy and utility sectors, as well as IT and communications.

“Investors in 114 countries own stocks in Thailand, four more than last year,” she said.

The top foreign investors are in Britain, Singapore and the United States, followed by Hong Kong, Japan, Switzerland, Mauritius, France, the Netherlands and Luxembourg.

In total they own a combined Bt4.59 trillion worth of stocks in the SET.