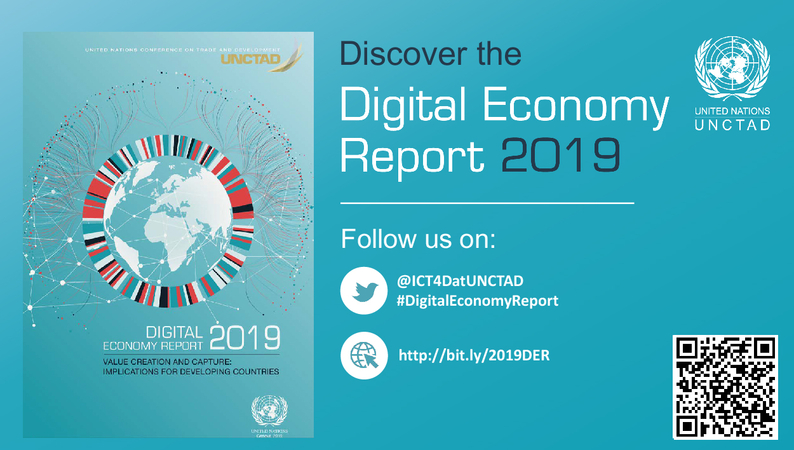 Singapore and South Korea top the charts when it comes to companies receiving orders online, the Digital Economy Report 2019 released by the United Nations Conference on Trade and Development (UNCTAD) shows.

According to the report launched a few days ago, more than 60 per cent of small firms and close to 80 per cent of large firms in Singapore received orders over the internet last year. 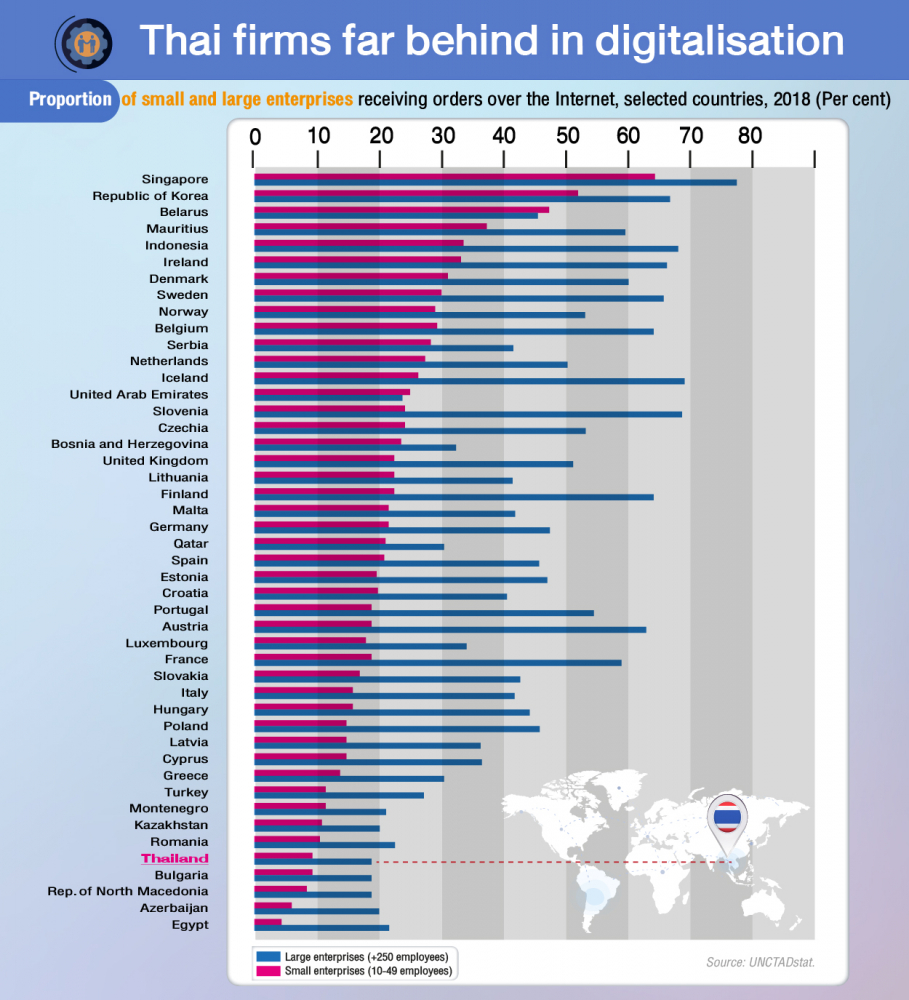 Thailand, however, is close to the bottom of the chart, with less than 10 per cent of small firms and only about 20 per cent of large firms receiving online orders in the same year. Even Indonesia did better in comparison.

The report suggests that in most developing countries, there is considerable scope in reaping benefits from digitalisation in other parts of the economy apart from just the digital sector. Significant productivity gains have been observed once companies in the traditional sector opt for digitalisation in their production and management processes. One study estimates that as much as 15 per cent of the digital economy in 12 large developing and developed countries originates from the traditional sector.

The report also notes that there is evidence to suggest that the extent of benefits from digitalisation depends on pre-existing economic and social structures as well as critical-mass effects. As a result, those with higher income tend to benefit more than countries with low income.

“Digitalisation and rise of the platform economy are greatly transforming the way firms connect to others, whether they are buyers, suppliers, peers or supporting institutions at home and aboard,” says the report.

Most micro and small firms are generally far behind large ones in using information and communications technology (ICT), the report says, which proves to be a significant barrier to their effective integration to global value chains that are becoming increasingly reliant on digital solutions.

Globally, it is observed that a lower proportion of small enterprise make use of the internet than large companies, and even fewer enterprises generally engage in complex online tasks. For instance, companies are more likely to go online to obtain information about goods and services rather than to sell products online, which requires adapting their business model to the online world.

In countries where ICT is widely available, the proportion of enterprises performing more complex online tasks tends to be higher, the UNCTAD report says.