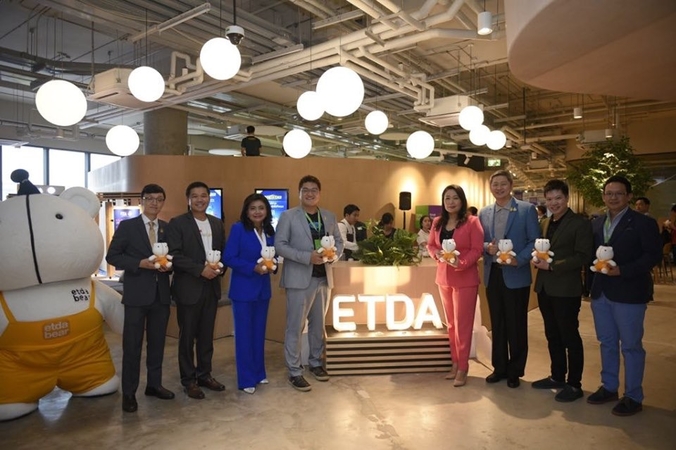 The Electronic Transactions Development Agency (ETDA) will on November 13 officially launch its first open working space for digital start-ups on the seventh floor of the True Digital Park complex on Bangkok’s Sukhumvit Soi 101.

ETDA said it has dedicated this space for local start-ups with the aim of helping them improve their business capabilities and competitiveness. Joining the agency in its efforts are public and private partners, including the Fintech Association, Blockchain Institute and the Thai Digital Trade Association, who will provide not just funding but also technical and management know-how.

This 95.5 square metres of open space is in addition to the e-commerce park at Srinakharinwirot University (Prasarnmit Campus) in central Bangkok that ETDA launched early this year to help promote e-commerce among sole entrepreneurs.

ETDA CEO Surangkana Wayuparb said her agency has continuously supported and promoted local start-ups to realise their dreams. However, she said, the current market mechanisms have not encouraged them to achieve these dreams fully.

“Local start-ups have still not been able to achieve any practically business requirements. They need coaching, probably from local private associations,” she said.

“As a public organisation under the Digital Economy and Society Ministry, our task is to regulate and promote electronic transactions and commerce in line with the ministry’s vision to bring Thailand into the digital economy era. We and our partners have already launched many works and conditions to solve this problem in a strategic manner,” she said, citing the requirement for digital transformation of government agencies as an example.

Surangkana said the launch of this open working space for local start-ups will boost their success by scaling them to Series A and Series B levels until they finally become Unicorns.

Meanwhile, in his keynote address at the opening of TOP – Togetherness of Possibilities Tech Conference on Wednesday (September 18), Deputy Prime Minister Somkid Jatusripitak said that in order to move forward, Thailand requires diversified industries that are sustainable and have value-added offerings.

The forum, hosted by True Digital Park, brought together top executives and entrepreneurs to inspire, share knowledge and experiences with others to help drive sustainable digital economic development in Thailand and the region.

“In the past, the country only relied on five or six key industries. I want to see the country become a start-up nation that helps ordinary people become entrepreneurs,” he said, adding that Thailand should not stay still and let others leap forward.

“It is crucial for Thailand to do new things to maintain its competitiveness. Space dedicated to innovation opens the way for new inventions. I believe we have ideas, we just have to make them happen,” he said.