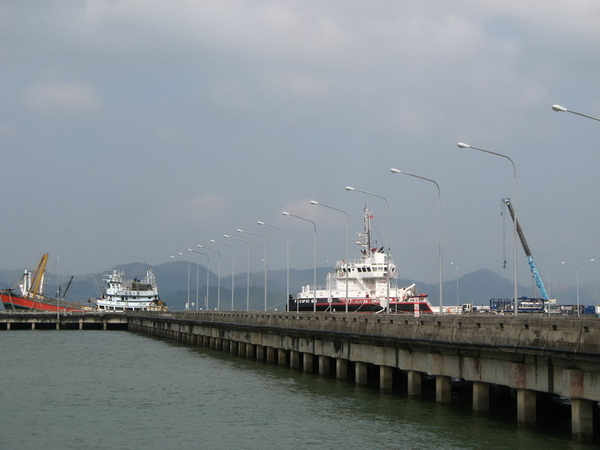 The Port Authority of Thailand is getting ready to study the plan to develop shipping routes linking Ranong port with countries in South and Southeast Asia.

The move is to promote trade expansion between Thailand and other BIMSTEC nations, namely Bangladesh, Bhutan, India, Nepal, Sri Lanka and Myanmar.

Ranong governor Chatuphot Piyamputtra told Thansettakit newspaper that the port authorities have chosen three ports to connect with the Ranong port initially, namely Chittagong in Bangladesh, Chennai in India and Colombo in Sri Lanka. The state port authority will negotiate the possible link up and believes the routes will be ready for ships next year.

In March, the Cabinet approved plans to upgrade the Ranong port’s capacity by building a third terminal. With the new terminal, its capacity will rise from 78,000 TEU (twenty-foot equivalent unit) to between 500,000 and 600,000 TEU per year. Construction of the new terminal will kick off next year and should be completed by 2022.

Ranong will also be developed as a trading gateway for the west of Thailand as part of the Southern Economic Corridor. Under this project, the Ranong port capacity will be upgraded to serve ships of up to 12,000 deadweight tonnage (DWT).

The trading value between Thailand and South Asian countries in 2018 was Bt523.7 billion, of which Bt352.255 billion was the value of exports from Thailand.

On a by-country basis, the value of Thailand’s trade with India stood at Bt402.5 billion, with Bangladesh at Bt40.340 billion and with Sri Lanka at Bt16.9 billion.