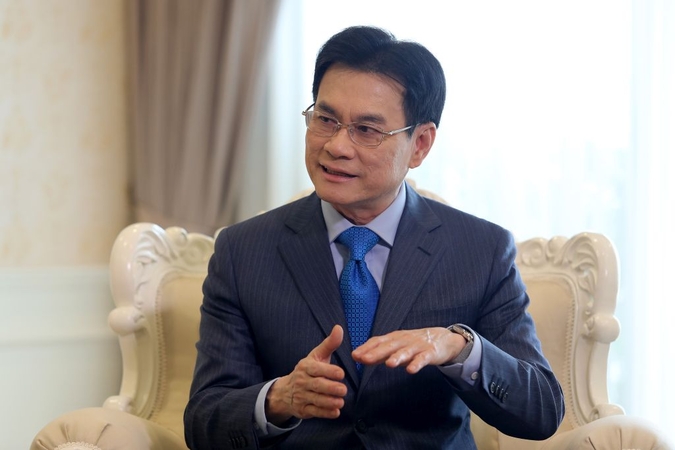 Commerce Ministry staff and chief executives of private companies are on a five-day trade trip to Mumbai and Chennai, India to drum up business, led by Deputy Prime Minister and Minister of Commerce Jurin Laksanawisit.

“The primary aim of this visit is to negotiate new business networks between Thai private sector and Indian entrepreneurs, and to preside over the signing ceremony of a memorandum of understating (MoU) between several Thai and Indian business operators,” Jurin said on Wednesday of the September 24-28 junket.

The deputy PM will also preside over the signing of an MoU between the Department of International Trade Promotion and Bigbasket, India’s grocery delivery application, so that Thai products could be sold in India through the app.

“In addition to the MoU signing, Thai and Indian entrepreneurs will take part in series of seminars to discuss business opportunities across different sectors, such as furniture manufacturing and construction materials,” he added.

In 2018, trade value between Thailand and India grew 20 per cent over the previous year. Thailand’s major export products to India include chemicals, plastic beads, gems and jewellery, cars and automotive equipment, air conditioners, iron and steel, copper, and computer components.

Commerce Minister Jurin Laksanavisit presided over a business-matching seminar in Mumbai on Wednesday (September 25), saying he was pleased to have visited India in an official capacity for a second time.

In his opening speech, he said that though other countries are being adversely affected by the China-US trade war, which is nowhere close to coming to an end, the Indian economy has barely felt the effect due to strong domestic consumption. India’s population stands at more than 1.3 billion.

Jurin also announced a cooperation between the Thailand Department of International Trade Promotion and BigBasket, an online grocery store in India, to place Thai products on the BigBasket website.

He said the Indian market has expanded and developed its facilities to support new investment from Thailand thanks to good logistics and distribution networks as well as construction and design services. Jurin said he believes companies from both sides will work well together to ensure a bright future for the Thailand-India trade market.