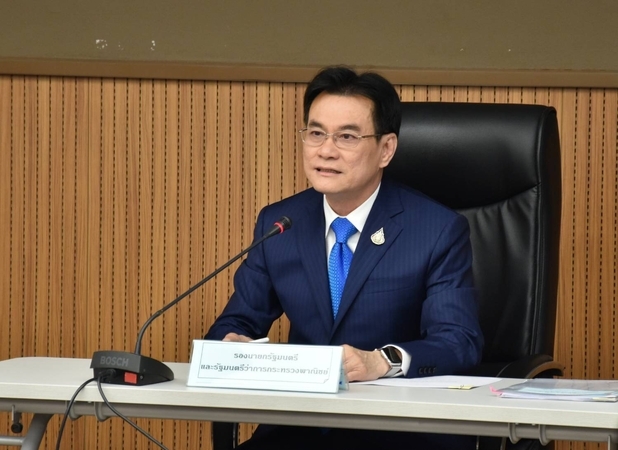 Commerce Minister Jurin Laksanawisit said his ministry will be coordinating between businesses in Thailand and Myanmar to strengthen border trade and boost bilateral ties.

Myanmar and Thailand also signed a memorandum of understanding (MoU) ton October 1 to boost the transfer of goods across the second Thai-Myanmar Friendship Bridge, which Jurin said should be turned into a permanent crossing point between the two countries by October 30, pending Cabinet approval.

As for border businesses asking for the bridge to be kept open until midnight, he said the Foreign Ministry will have discuss this option with its counterpart in Myanmar.

He also said that merchants have asked for the border markets in Prachuap Khiri Khan, Mae Hong Son and Kanchanaburi to be improved, adding that this option also needs to be discussed between both sides.

According to the Department of Foreign Trade, border trade between Thailand and Myanmar over the first eight months of 2019 was valued at Bt133.86 billion, marking an increase of 4.73 per cent from the same period last year. However, exports were only worth Bt68.9 billion, down by 4.1 per cent, while imports accounted for Bt64.9 billion, up 16.08 billion.