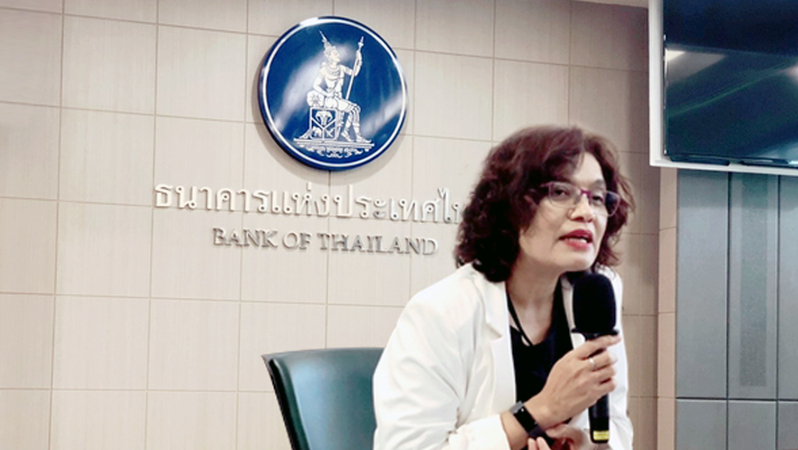 The TFRS9 will take effect in January next year.

The central bank currently require banks to keep a reserve against incurred loss, but under the new financial reporting standard, banks and other financial institutions will be required to provide loan reserve against expected loss. The TFRS9 is based on the concept of forward-looking information.

The 2008 subprime mortgage crisis in the US had resulted in many financial institutions going bust and the International Accounting Standard (IASB) had to develop new accouting rules, in a bid to prevent the crisis from happening again. The new rules of IFRS9 were adopted in 2013.

The Bank of Thailand has worked with the Federation of Accounting Professions and private auditors in adopting the IFRS9 in Thailand. The central bank is confident of banks' compliance after conducting a parallel run on loan reserve calculation, Yuphin said.

Thai banks, on average, have high loan reserve at 110 per cent to 150 per cent of doubtful debts.

An impact on banks is that their net interest rate margin may be wider as they could count expected interest income promised by bad-debt borrowers.

The new accounting rules will be applied to state-owned banks in 2025, she added.