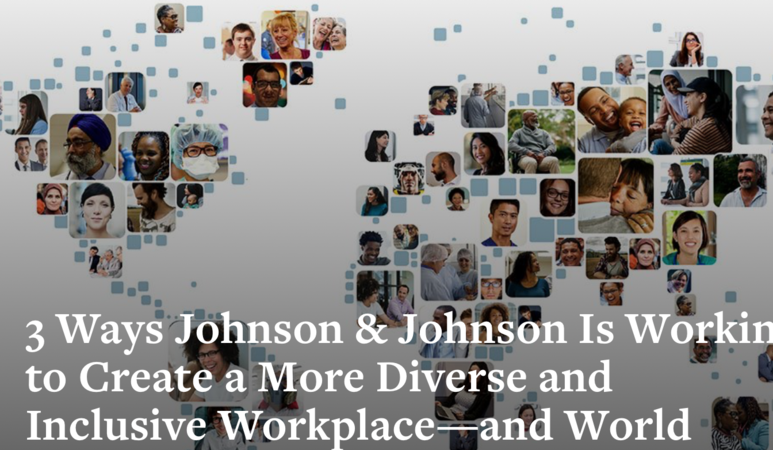 An astonishing US$8-billion (Bt240 billion) verdict against drug giant Johnson & Johnson by a jury in the United States this week was not just a potent rebuke of the company’s conduct but also represented what some analysts on Wednesday called a symptom of a growing anger at the broader pharmaceutical industry.

The punitive damages award came on Tuesday evening in a Philadelphia personal injury case brought by a Maryland man, one of thousands of plaintiffs suing Johnson & Johnson over side-effects of the antipsychotic medication Risperdal.

It was more bad news for an industry hammered by negative headlines in 2019: an epidemic of opioid abuse fuelled by addictive pills, ever-rising prescription drug prices, and alleged price-fixing and other anti-competitive practices in the industry.

“I’m talking to investors who are concerned whether these companies are good corporate citizens or not.”

The industry also has been plagued in the past decade by growing numbers of product liability and deceptive marketing cases by most if not all of the largest companies.

Johnson & Johnson has been the focal point in some of the biggest of the past year. The company has lost costly court fights over the safety of perhaps its most famous product, Johnson's Baby Powder, and its marketing of addictive opioid medication.

The $8-billion Risperdal verdict inflicted the heaviest financial damage, although legal observers expect it will be dramatically reduced by the court because it appears unreasonably high. The result highlights the risk of fighting cases rather than settling.

In August, a judge in Oklahoma found Johnson & Johnson liable for helping fuel the state’s opioid crisis and ordered it to pay $572 million to help meet health costs and others incurred by the state. The company had sold opioid pills and fentanyl skin patches. Johnson & Johnson has said it will appeal that verdict.

The company announced last week that it had reached a $20.4-million settlement with two Ohio counties, which will be the first test cases this month in a consolidation of more than 2,000 opioid lawsuits brought in federal courts.

The company’s powder products have drawn another raft of lawsuits. Last year, a jury in St Louis awarded $4.7 billion to 22 women who claimed that their ovarian cancer was caused by Johnson’s Baby Powder and Shower to Shower. Both products contain talc that the plaintiffs said was tainted with asbestos. Johnson & Johnson, which has won some other baby powder lawsuits, has denied that its talc products caused harm.

The company has publicly reported it is being sued by 13,400 people over Risperdal. It says hundreds have been dismissed. The case that captured attention this week began in 2013 when Nicholas Murray, a Maryland man, alleged that Johnson & Johnson did not adequately warn doctors of the drug’s side effects. He began taking the drug in 2003, at age 9, to ease sleep problems associated with autism. But he suffered a side-effect: enlarged breasts, a condition called gynaecomastia.

The Food and Drug Administration did not approve Risperdal for children until three years after Murray began taking it. His physicians had prescribed it “off-label”, meaning in a way not approved by the agency.

In 2015, a jury in Philadelphia awarded Murray $1.75 million in compensatory damages, which were reduced to $680,000. The punitive damage phase of the trial did not take place until this year, with a different jury. Johnson & Johnson is vowing to appeal the $8-billion award.

A lawyer who tried the case for the company -- John Winter, a partner at Patterson Belknap Webb & Tyler -- said on Wednesday that the judge prevented the jury from considering crucial information.

“We tried a case with our hands completely tied behind our back, and we were precluded from offering any evidence to give the jury a fair perspective on the issue they had to decide,” Winter said in an interview. He disputed the idea that the jury was sending a message with its eye-popping award.

“If the message is anything, the message was our due process rights were trampled,” he said

Another outside lawyer for Johnson & Johnson, John Beisner, a partner at Skadden Arps, who did not participate in Risperdal litigation but is assisting in other lawsuits facing the company, said civil claims against Johnson & Johnson are part of a wider national pattern of increasing tort claims against drug and medical device companies. He said the phenomenon is driven in part by private investors backing the early phases of litigation in hopes of a big payoff.

When asked whether Johnson & Johnson was facing a “crisis” of civil lawsuits, he replied, “The crisis, if there is one, is less focused on a particular company. It’s the rapid growth of all this litigation, and how companies generally and the system generally are going to deal with this.”

The nonprofit watchdog group Public Citizen has tracked the number of criminal and civil settlements and court judgements against pharmaceutical companies for the past three decades, through 2017. Its figures show a strongly increasing trend until 2013, when they reached a peak of 60 in 2013. The number dropped off sharply in the next four years.