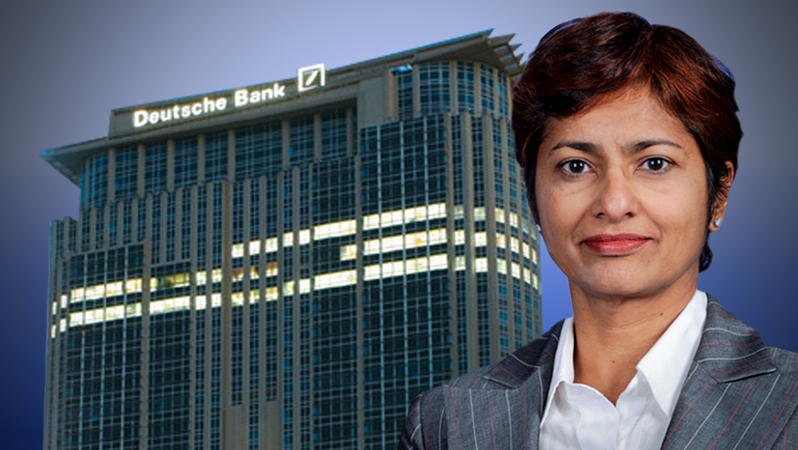 The bank’s revenue in the year to date has risen by double digits as has its earnings, said Deutsche Bank’s chief country officer Thailand, Pimolpa Suntichok.

About 60 to 70 per cent of its clients in Thailand are multinational corporates and the bank has been getting more Thai corporates clients who seek to invest aboard and are looking for complex financial solutions for their businesses, she said.

Global and local market volatility has contributed to growing business as clients seek advice and hedge against financial risks. Others show interest in corporate bond issue to take advantage of low interest rates, she added, referring to the recent wave of central banks including the Bank of Thailand cutting key policy rates.

However, investors are cautious about new investment plans amid the global economic slowdown and the uncertainty of the trade war between the US and China, she noted.

The bank has also a growing trend of investors talking about relocating businesses out of China to Vietnam and even Thailand. She said German multinational firms, automotive and equipment are interested in investment opportunities in Eastern Economic Corridor (EEC), a flagship project of the Thai government. They are looking to expand their supply chains in Thailand and are interested in supplying equipment for high-speed rail projects linking the three international airports in Bangkok and Rayong province in the EEC, she said.

The bank considers Thailand important for its Asean region strategy and will invest more in people and technology, she added.

Chief operating officer Asia Pacific Chandra Mallika said the bank remains committed to Asia-Pacific despite its current restructuring that has seen job cuts and the closure of its equity business unit.

“Deutsche Bank remains committed to Asia Pacific and Thailand, where the impact of bank’s restructuring in Thailand is minimal,” she said.

“Asia Pacific is not just a growth engine for the bank but is also very important competitive differentiator for the bank globally.”

In July, Deutsche Bank announced a global restructure including 18,000 job cuts globally over three years to the end 2022, which will reduce the global workforce to 74,000 employees by 2022 globally.

There will be a substantial number of job cuts in Germany, as it is where by far the largest share of Deutsche Bank’s workforce is based. The total reduction of the workforce by 18,000 includes the job cuts already planned in connection with the Postbank integration.

Announced as part of first half result results, the bank on July 24 said 900 jobs had already been cut as part of the bank’s global exit from cash equities.

The job cuts will gradually happen in the next three years and not at one time. The bulk of this is the result of merger of Deutsche Bank and Post Bank in Germany that has some overlapping branches and operations. Those involved in the equities business will also be affected, according to the two executives.

The bank has sold its stakes in a joint equity business for which it had partnered with TISCO, Thailand’s financial institution, back to TISCO in September.

The bank’s new focus is on fixed income business under its investment banking, corporate banking, foreign exchange, asset management, and private banking, said Mallika. The only impact on the bank business in Asia Pacific is the move of its New Zealand branch to Australia, she noted. The bank currently is present in 14 markets in Asia Pacific. Revenue in Asia Pacific contributed to 12 per cent of its global revenue, and it plans to increase to 14 per cent by 2022. Last year revenue was 3.1 billion euro in Asia Pacific. The impact of the US-China trade war has actually been beneficial for the bank as more clients seek financial solutions from Deutsche Bank, she said.

Hong Kong will be remained as financial hub for Northeast Asia while Singapore is hub for South Asia and Southeast Asia, she said.

The bank also is well prepared for impact of Brexit and has solid financial strength. The biggest threat for the traditional banking business is the disintermediation caused by financial technology driven by information technology which help consumers to bypass financial intermediary such as banks, she said, noting that more fintech companies providing payment services such as Alipay and Apple Pay have emerged and are taking some financial businesses from traditional banks.