The government collected Bt2.56 trillion in net revenue in fiscal 2019 ending in September, a 1-per-cent and Bt26.12-billion increase over the previous year, the director-general of the Fiscal Policy Office announced on Thursday (October 24).

Lavaron Sangsnit, who is also spokesperson for the Ministry of Finance, said the amount was 0.5 per cent and Bt13.06 billion more than targeted. 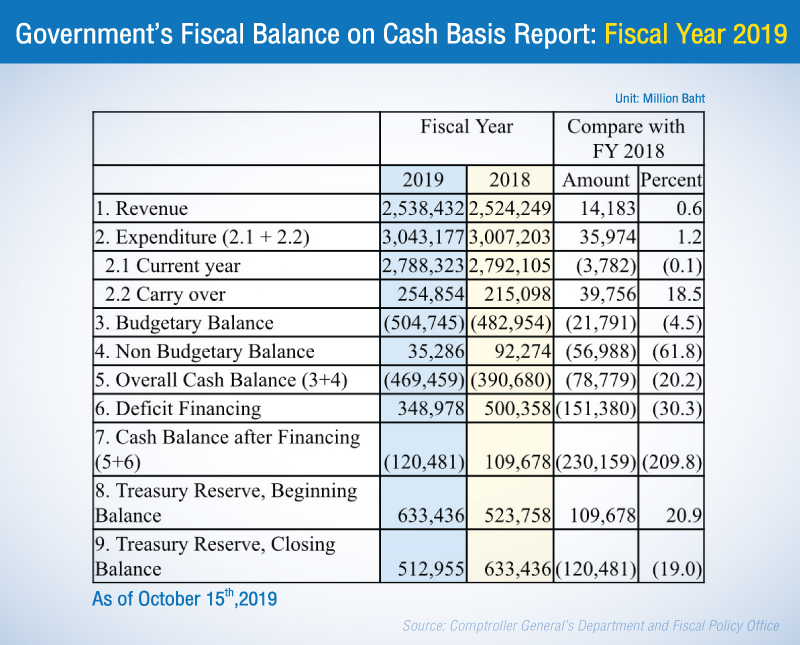 The amounts were all close to those forecast by the ministry in June for the purpose of revenue monitoring.

Lavaron said continuous economic growth and close monitoring by the ministry resulted in net revenue collection for fiscal 2019 falling in line with targets.

“This will strengthen the government’s fiscal balance and foster economic growth in the coming years,” he noted.

He said the government had received Bt2.53 trillion in cash revenue and disbursed Bt3.04 trillion, financing the deficit by borrowing Bt348.97 billion.

Treasury reserves at the end of September stood at Bt512.95 billion.