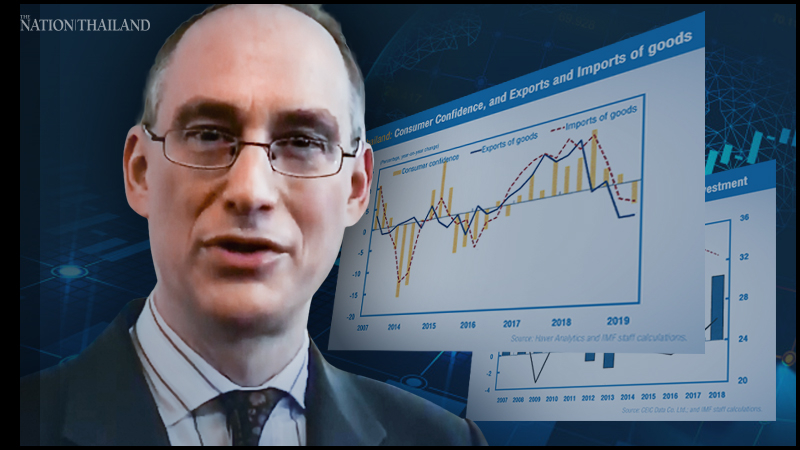 The IMF has urged the Thai government to spend more and suggested the Bank of Thailand should further ease its monetary policy amid an economic slowdown while the Finance Ministry is calling for the central bank to cut rate again.

Jonathan Ostry, deputy director Asia and Pacific Department of International Monetary Fund, said in Bangkok today (October 25) that after two consecutive years of sustained expansion, growth is expected to moderate to 2.9 per cent this year and 3 per cent next year, reflecting weaker external demand. Expansionary monetary and fiscal policies are desirable to mitigate the slowdown, he told the Thai press.The IMF has cut its projection of Thai growth by 0.6 percentage point and 0.5 percentage point for this year and next year  from its previous forecast.

“We think there is fiscal space in Thailand to provide support to the economy in this period of slowdown in growth. And in a more structural sense, to accelerate the buildup of infrastructure and also crowd in private investment which will help support demand going into the medium term,” he said.

“In IMF’s recent assessment for Thailand, we came to the conclusion that there was scope on both sides of the monetary policy and fiscal policy for more vigorous and pro-active response [to cyclical slowdown]”, he said.

He said the central bank has more scope to ease monetary policy without threatening inflation or financial stability objective.

The Thai economy and that of other developing Asia Pacific countries have been adversely impacted by the US-China trade war which has also dampened  confidence in the global economy. The slowdown in China and uncertainty of Brexit have also impacted on Asia and the Pacific region.

Public investment will not only boost public demand in the short term but it will also draw in private investment, Ostry noted.

He said accelerating public investment in infrastructures would also help to alleviate upward pressure on baht's value. He pointed out that Thailand has a larger current account surplus than it should from the point of views of people's welfare. 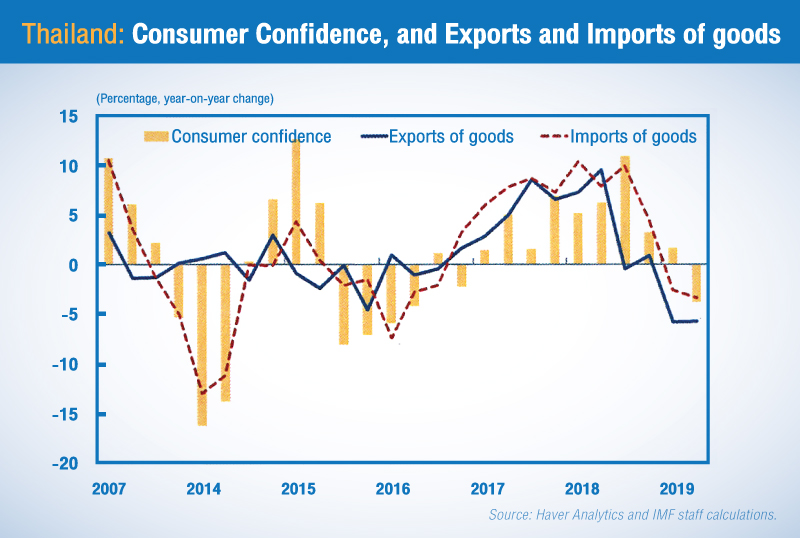 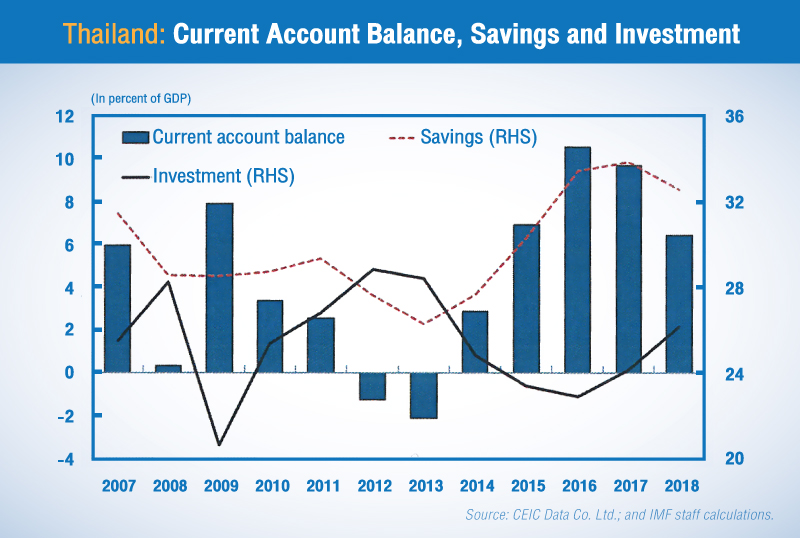 The large surplus reflects a wide gap between savings and investment. He said Thailand should also reform its pension fund system as the  social safety net is underfunded, resulting in only a small fraction of retirees having access to the pension fund, similar to some countries in the region where only 22 per cent of retirees are covered by pension fund.

Capital account is not something that can be directly linked to domestic measures. One option is to close the country completely from foreign capital  flows but Thailand will not do so as it benefits greatly through integration with the  global financial system, Ostry said.

The way to look at the problem is to find whether there are domestic distortions in policy setting that draws in capital flows which put upward pressure on the value of the baht, he added. Thai exporters have complained about the strengthening of the baht which has appreciated about 7 per cent against the US dollar this year.

Meanwhile, Lavaron Sangsnit, director general of the Fiscal Policy Office, said separately that the government has fully implemented fiscal expansion measures as it is running a fiscal deficit and has launched a series of economic stimulating packages. “What is needed most is an easing of monetary policy,” said Lavaron.

He said an acceleration of infrastructure investment will occur next year as many contracts have been signed but it will take time for actual investment to kick off. Some analysts predict the central bank will again lower rate by 25 basis points to 1.25 per cent before the end of this year,following a previous cut of 25 basis points.