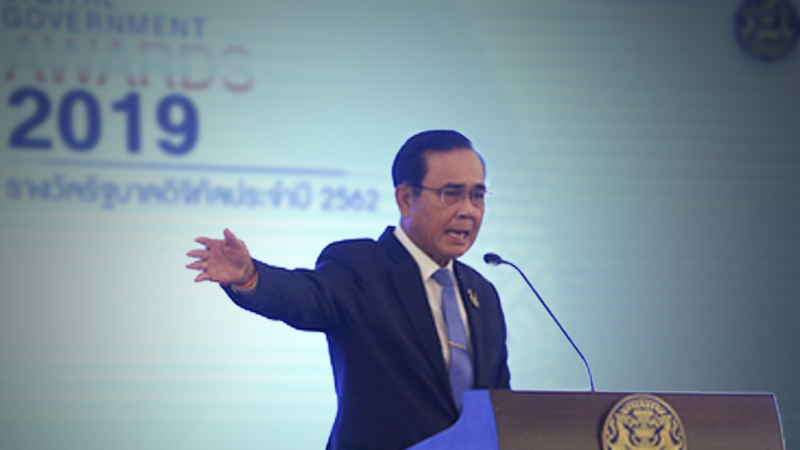 During his speech at an event looking at the readiness of state agencies to promote the digital government, the premier said that as the next step, state agencies would have to use their massive digital data to analyse what people want and identify their urgent needs. The information would allow for the drawing up of coherent spending plans.

He has also informed the Office of the Civil Service Commission that any future recruitment of new state officials in the future would have to be in line with the government’s plan to embrace the digital age. New officials must therefore have skills in digital technology . Civil servants should be prepared to deal with the flow of information that would come via the upcoming 5G networks.

Noting that the government has continued to promote the adoption of digital technology by state agencies over the past five years, Prayut said that the efforts had paid off as Thailand’s ranking in the World Bank’s Ease of Doing Business 2020 list has edged up from 27th to 21st this year, out of 190 countries surveyed.