The Bank of Thailand blames the sluggish global economy primarily for continued deceleration of the national economy in September and the overall third quarter.

It announced on Thursday (October 31) that the value of merchandise exports continues to contract, as it has among Thailand’s trading partners. 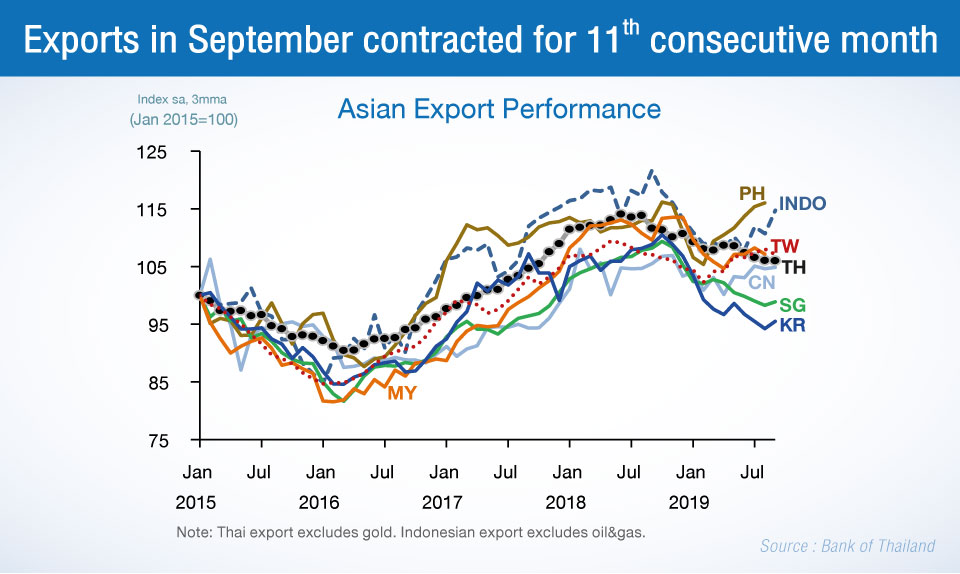 The tourism sector also continued to expand, thanks chiefly to an increase in the number of Chinese and Indian tourists, said the central bank.

The value of merchandise exports dropped by 1.5 per cent from the same period last year. Excluding gold, their value continued to contract for the 11th consecutive month at 3.3 percent.

This the bank blamed on slow economies among trading partners, a continued downturn in the electronic cycle and the contraction of global crude oil prices.

The value of exports expanded in some categories, including automotive and auto parts, agro-manufacturing products and electrical appliances, due to the low base effect and the benefits of substituting exports to the US and China, as well as the relocation of production bases to Thailand, said Don Nakornthab, senior director of the bank’s Economic and Policy Department. 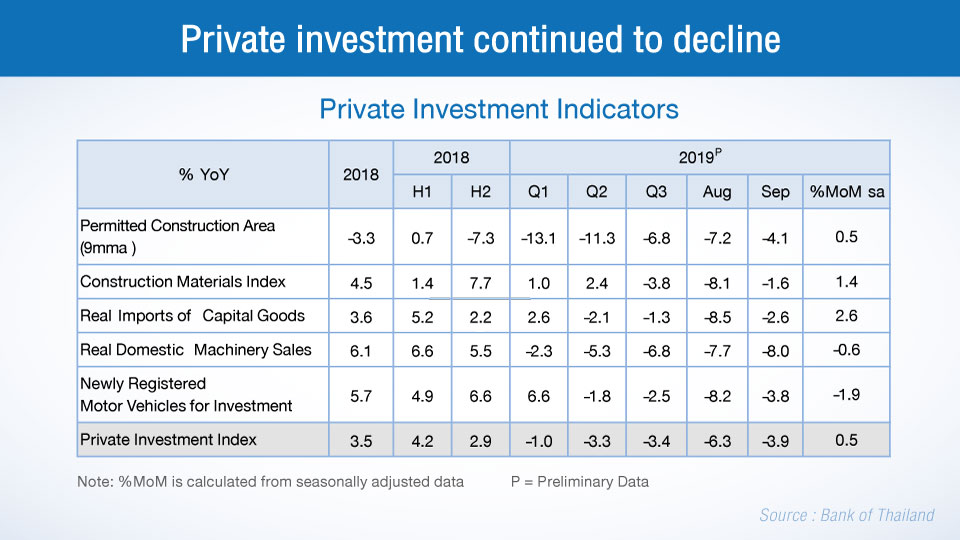 Meanwhile, investment in construction declined in almost every aspect, consistent with subdued construction and real estate activities, he said. 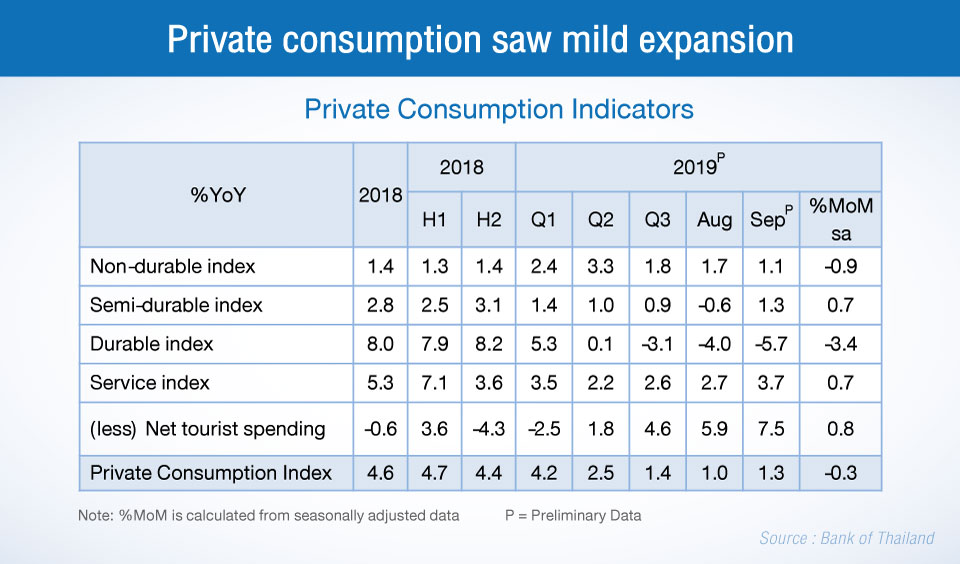 Private-consumption indicators moderately expanded at a similar pace compared with the previous month, even though the government launched economic stimulus measures this month to supply purchasing power.

The value of merchandise imports contracted by 4.5 per cent from the same period last year. Excluding gold, the value of merchandise imports declined 3.5 per cent due to the contraction of imports of raw materials and intermediate goods, particularly electronic parts, consistent with lower production and exports, and crude oil which contracted in both price and volume partly due to an oil refinery shut-down for maintenance, and a drop in imports of capital goods excluding aircraft, ships, floating structures and locomotive, particularly in telecommunication equipment and machinery and electric generating sets, in line with private investment indicators.

Nonetheless, imports of consumer goods rebounded, partly due to the low base effect, he said. 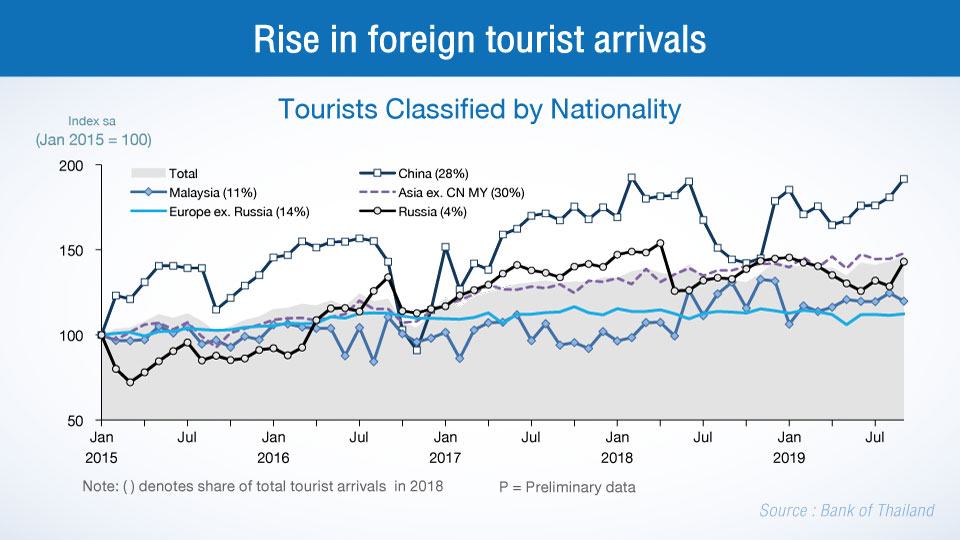 The number of foreign tourist arrivals accelerated to 10.1 percent compared with the same period last year. This was driven by 1) the low base effect from the tour boat incident in Phuket; 2) the exemption of the visa on arrival fee, encouraging more visitors from China, India, and Taiwan; and 3) the political unrest in Hong Kong, persuading some tourists to shift their destination to Thailand. Moreover, tourists from other Asian countries continued to grow such as Laos, Japan, and South Korea, he said.