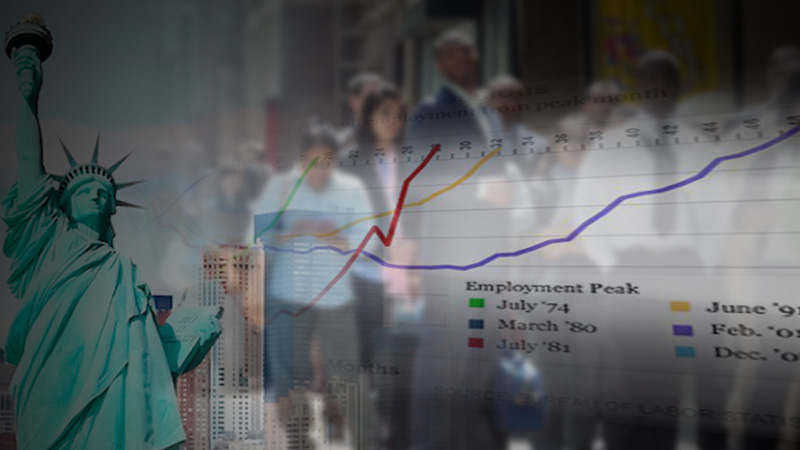 U.S. hiring was unexpectedly resilient in October and prior months saw sharp upward revisions, validating the Federal Reserve's signal of a pause from interest-rate cuts and indicating consumers will extend the record-long expansion despite weak business investment and trade tensions.

Stocks rose to fresh records and Treasuries fell after the strong report.

Payrolls rose 128,000 after an upwardly revised 180,000 advance the prior month, according to a Labor Department report Friday that exceeded the median 85,000 estimate in Bloomberg's survey. That includes a General Motors Co. strike-driven 41,600 decline in automaker payrolls and 20,000 temporary census workers leaving their jobs.

The jobless rate edged up to 3.6% from a half-century low, as black unemployment fell to a new record low of 5.4% Average hourly earnings climbed 3% from a year earlier, matching projections after an upward revision the prior month, though the 0.2% monthly gain was slightly below estimates.

The report supports Fed Chairman Jerome Powell's assessment this week that the U.S. economic outlook remains solid and the job market "strong" -- allowing the central bank to take a breather after a third straight interest-rate cut -- despite a persistent trade war with China and an increasingly dim global situation. With businesses pulling back on fixed investment, solid gains in hiring and wages will help drive growth and support President Donald Trump's bid for re-election in 2020.

Fed policymakers are "probably on hold for a while," Brown said. "Today's report certainly supports the Fed view that they have provided accommodation and they'll take a little victory lap."

Revisions added 95,000 jobs for the prior two months, bringing the three-month average to 176,000, though gains remain below 2018 levels.

Minutes after the report, Trump tweeted that it was a "blowout" number and even more impressive when accounting for revisions and the GM strike. The president touted an "adjusted" employment gain of 303,000 though it wasn't immediately clear how he got the number.

The jobs data come on the heels of reports this week including third-quarter gross domestic product. The economy grew at a 1.9% annualized pace as consumer spending grew 2.9% -- a step down from gangbusters growth in the prior period but exceeding last year's average. Stocks also hit a record high, even as the figures showed business investment fell for a second straight period and the most since 2015.

Manufacturers subtracted 36,000 jobs, the biggest drop since 2009, though it would likely have been a gain without the effects of the strike. Still, even excluding the impact of the walkout, the sector has become increasingly fragile amid slowing global growth, a strong dollar and an ongoing trade war with China.

The strike may also have hit wages in October. Average hourly earnings rose 0.2% from the prior month, below estimates, following little change the prior month. Annual wage gains have cooled since hitting a peak of 3.4% early in the year. Hours worked were unchanged at 34.4 per week.

The job gains were led by leisure and hospitality, education and health services and professional and business services. Construction and finance also posted gains. Even retail jobs rose, registering back-to-back gains for the first time in more than a year following seven straight declines.

The participation rate, or share of working-age people in the labor force, increased to 63.3%, the highest since 2013, as more Americans were pulled from the sidelines and into the workforce.

The U-6, or underemployment rate, ticked up to 7% from the lowest since 2000; some analysts see this figure as a more accurate reflection of the true labor market as it includes part-time workers who'd prefer a full-time position and those who aren't actively looking.