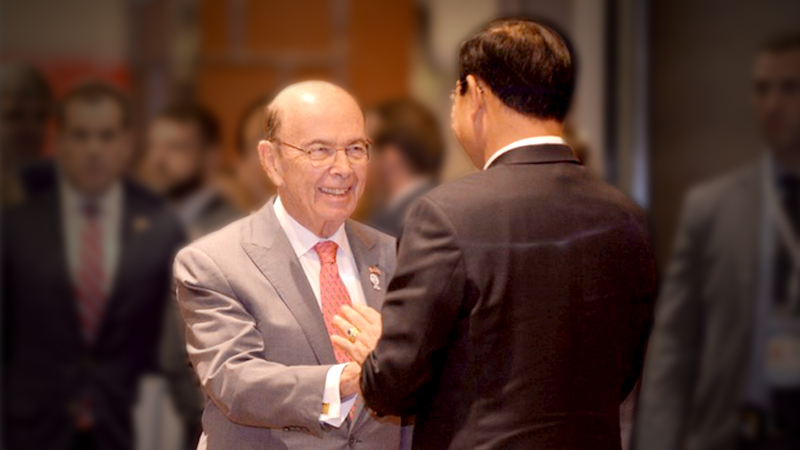 Government spokeswoman Narumon Pinyosinwat said on Sunday (November 3) that Prime Minister Prayut Chan-o-cha had met with Ross on the side lines of the Asean Summit to discuss trade and investment.

Prayut expressed his concern over the US suspension of tax privileges under its Generalised System of Preferences (GSP) programme on Thai products collectively worth about $1.3 billion.

Ross replied that the US remained open to further talks before GSP cuts take effect over the next six months, Narumon quoted him as saying.

Ross was accompanied on his visit to Bangkok by a group of American investors, whom Prayut invited to invest in Thailand, especially in the aircraft, digital and biotechnology industries and medical manufacturing.