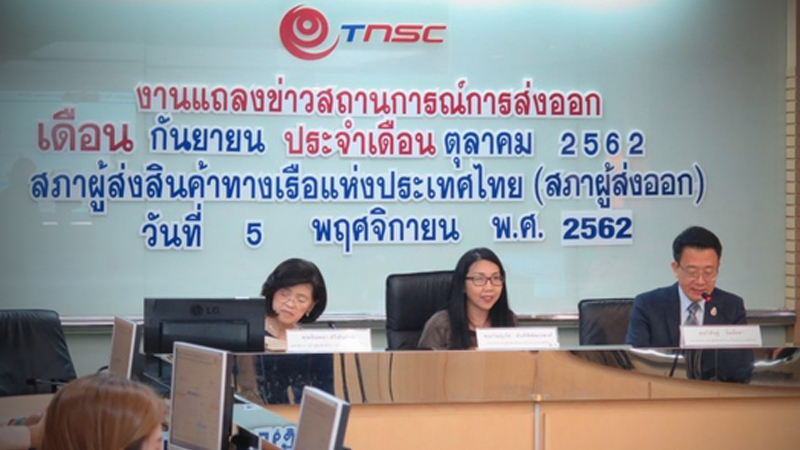 Thailand’s exports in September shrank 1.4 per cent year on year to US$20.48 billion (Bt617.5 billion), while imports dropped 4.2 per cent to $19.20 billion, according to a statement from the Thai National Shipper’s Council today (November 5).

This resulted in Thailand’s trade surplus being $1.275 billion.

Among the existing risk factors are the continued decline of the global economy and the possible impact from the US decision to suspend the Generalised System of Preferences (GSP) granted to some Thai export products.

US Secretary of Commerce Wilbur Ross said in Thailand on Monday that the suspension of tariff privileges under the GSP is “not a big deal” as it represents only $1.3 billion of Thailand’s $4.4-billion exports under the GSP to the United States and is a small fraction of total Thai exports.

He said the two countries still have time to discuss the underlying issue of workers’ rights before the removal of GSP takes effect in April next year. The commerce secretary was in Bangkok to give a keynote address at the Indo-Pacific Business Forum.