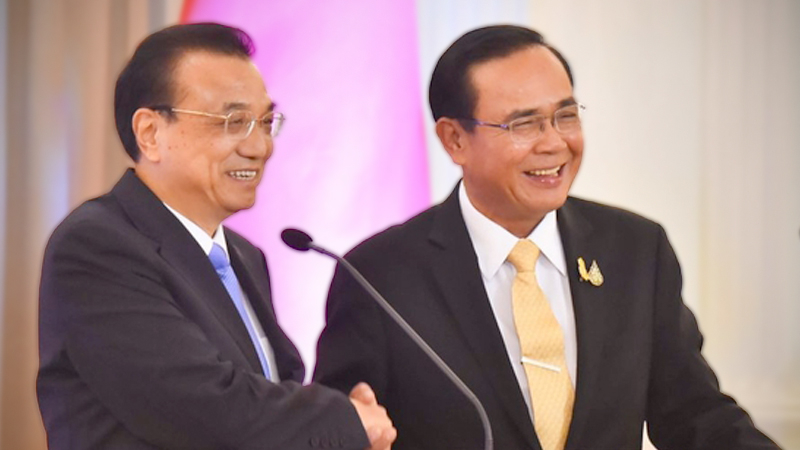 The governments of Thailand and China today (November 5) signed three memorandum of understanding (MoUs) on cooperation in the fields of science and technology, innovation and defence, as well as collaboration under the Mekong-Lancang Cooperation framework.

The signing was witnessed by Prime Minister General Prayut Chan-o-cha and Chinese Premier Li Keqiang after a meeting on a range of topics from economy, society to national security.