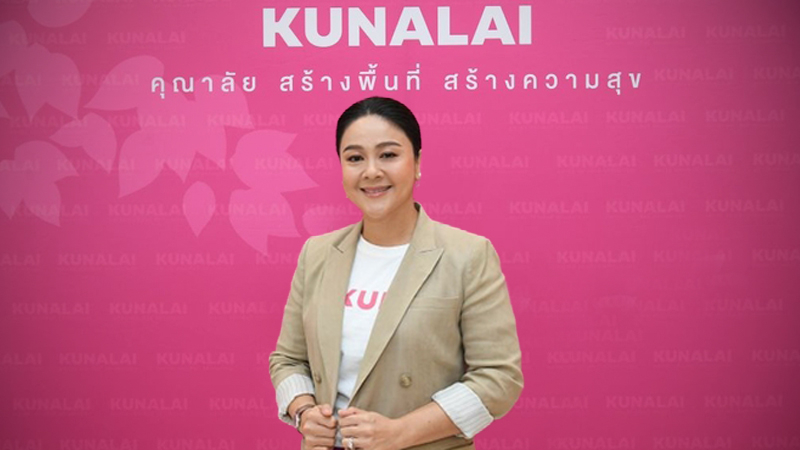 It will allocate 150 million shares to an initial public offering to raise funds to buy more land and expand its business, with S14 Advisory Company Limited as financial advisor.

It currently has seven projects underway, together worth Bt3.9 billion, and plans two more worth Bt2.17 billion.

Nonthaburi is Kun’s strategic location for housing, and the company has just initiated expansion in Chachoengsao under the Kunalai Joy, involving 314 projects on 24 rai. The province boasts economic strength and strong housing demand similar to those of Bang Bua Thong.

Chachoengsao is also part of the Eastern Economic Corridor slated for a substantial boost in economic activity.

There are two new projects worth Bt2.17 billion for future development, including Kunalai Joy 2, the Bt1.5-billion duplex and single-house project in Nonthaburi, which is expected to kick off sales in the second quarter of 2020.

The other one is Villa Vanich, the Bt672-million shophouse project in Bang Bua Thong, which will start construction and launch sales around 2021-2022.

Praweerat said earnings from the initial public offerings would fund business expansion, including the purchase of more land in Bang Bua Thong and act as a reserve for future projects in all four suburban areas of Bangkok.

The IPO will feature 150 million shares with par value of 0.5 baht each, equivalent to 25 per cent of the total issued and paid-up shares after the IPO.

The Securities and Exchange Commission has accepted the filing and Kun expects to be able to list and start trading on the MAI around the end of this year.

For the first nine months of 2019, revenue was Bt461.09 million and net profit Bt43.15 million. The growth of revenue came from increased property sales after projects were gradually closed.