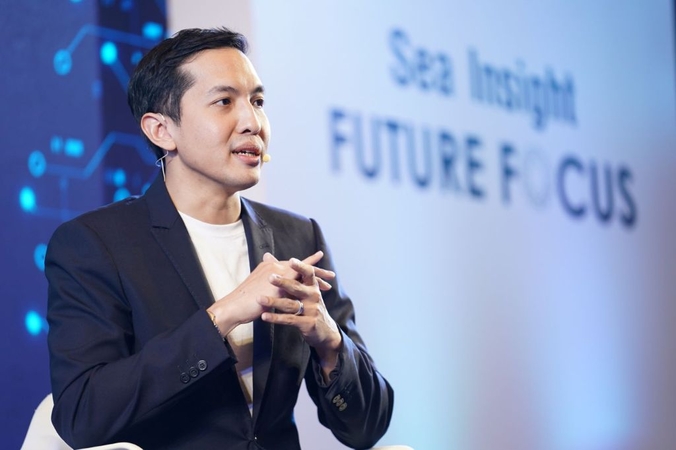 Small and medium-sized enterprises (SMEs) in Thailand are enjoying boost in revenues of up to 130 per cent thanks to the growth of e-commerce in the country, according to a new research report published on Thursday (November 7) by Sea, the leading consumer internet company in Southeast Asia and Taiwan.

The report, titled “E-commerce & SMEs: Uncovering Thailand’s Hidden Assets” is based on research of some 7,000 shops and sellers nationwide on Shopee, Sea’s e-commerce platform.

It was conducted by the Sea Insights team, Sea’s research and public policy unit. It includes in-depth analysis of the effects of e-commerce adoption on sellers’ household income, productivity, and efficiency.

➤ E-commerce can drive explosive growth in revenue for SMEs -- 133 per cent growth for SMEs with both online and offline selling channels and up to 370 per cent for fully digital SMEs (where e-commerce sales make up over 80 per cent of total retail revenue).

➤ Approximately 82 per cent of SMEs also report a higher household income due to e-commerce.

Sellers can access distant markets, while buyers can discover a broader range of products, with the lower income regions such as the North, Northeast and South seeing the greatest increase in share of merchants selling outside their own regions (increase of 49, 47 & 45 percentage points respectively).

The report indicates the potential of e-commerce as a tool for empowerment of sellers, and also reveals the large-scale economic impact of e-commerce.

E-commerce has the potential to create inclusive growth in terms of income, employment, efficiency, and decrease the limitations of their physical location, the report says.

The report illustrates how e-commerce can be a pathway to inclusive growth, by uncovering the untapped potential of groups such as SMEs, merchants outside Bangkok, and also hidden entrepreneurs (eg homemakers and students).

Thailand’s e-commerce industry is experiencing high growth. From 2015 to 2019, gross merchandise value (GMV) grew 54 per cent and is valued at US$5 billion.

The e-commerce industry is expected to grow by 24 per cent annually to $18 billion in GMV by 2025. In addition to rapid growth, Thailand has a strong foundation for e-commerce with 38 million digital natives out of a total population of 68 million people, and a smartphone penetration of 71 per cent, the report says.

Santitarn Sathirathai, Sea group chief economist, states: “This is the largest in-depth report on e-commerce in Thailand, and shows that it is generating a tangible economic benefit for [the country]. In particular, it is increasing the competitiveness of SMEs, empowering sellers who reside outside Bangkok, and paving the way for new types of entrepreneurs, or what we call ‘hidden entrepreneurs’. We hope that this report will be beneficial for both private and public entities, as well as, strengthening the digital economy ecosystem, and bridging the collaboration between private and public sector, which is an important element in digital economy.”

The other findings from the report include:

Traditional SMEs, retail SMEs who had an existing offline business prior to adopting e-commerce, gain several benefits from e-commerce:

1) A surge in total revenue. On average, e-commerce adoption lifts both online and offline revenue by 133 per cent, which is roughly an average annual increase of 51 per cent. This increase ranges from a 93 per cent boost for merchants with online sales below 20 per cent of total sales, to as high as 369 per cent for sellers who fully embrace digital integration (ie online sales for more than 80 per cent of sales). The higher the level of digital integration the bigger the jump.

The number of trade connections roughly doubled after adopting e-commerce. E-commerce allows instantaneous reach across the country, with regions with relatively lower incomes such as the North, Northeast and South seeing the greatest increase in share of merchants selling to provinces outside their own regions.

For instance, the proportion of sellers in the North of Thailand who sell to customers outside the region they live in rose by 49 percentage points, from 43 per cent of all sellers to 92 per cent.

For the hidden entrepreneurs, e-commerce helps generate alternative sources of income. Entrepreneurs come in many forms, and are not limited to those who own offline businesses. These “hidden entrepreneurs” each have unique contexts, nuances and environments that they require to properly flourish.

These hidden entrepreneurs include students, homemakers, and employees. They are more likely to have full-time responsibilities (63 per cent) such as being a homemaker, employed, or student, 58 per cent are not the primary earner, and 75 per cent are female.

Hidden entrepreneurs have different motivations for adopting e-commerce. For instance, homemakers value the ability to have more household time through e-commerce.

For students, the two important motivations are the ease to set up a business and lower business cost. Hidden entrepreneurs also use profits from e-commerce differently depending on their needs and situation. For example, students are most likely to utilise profits to pay for their education, and in doing so, achieve a higher standard of living for themselves. On the other hand, the top use of profits for homemakers is to care for their family.