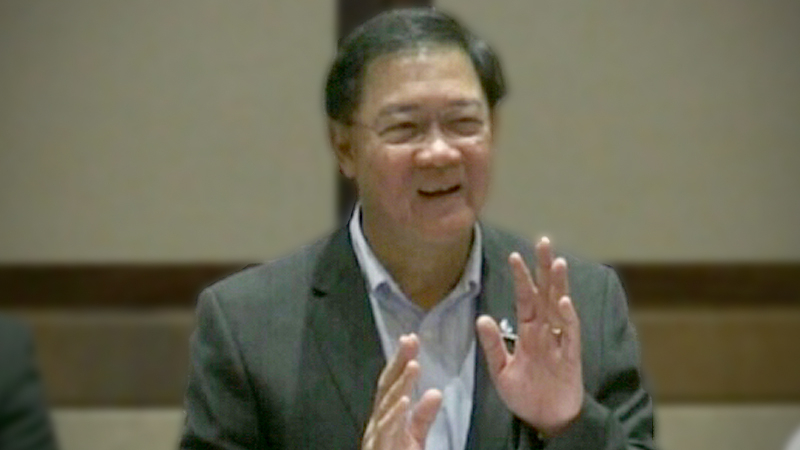 PTT Exploration and Production Plc (PTTEP), a subsidiary of energy conglomerate PTT, will accelerate its exploration and production of oil and gas following completion of key mergers and acquisitions, its president and CEO said.

“We will focus our investment on Thailand, Malaysia, Myanmar, the United Arab Emirates and Oman,” said Phongsthorn Thavisin.

PTTEP takes its innovations and technology to the UAE

“Now that we have completed several acquisition deals and won bids for our portfolio, it is time to execute,” he told reporters on Tuesday (November 12), adding that merger and acquisition efforts will cease for now.

The company plans to drill 20 oil and gas wells next year, up from the usual one to three per year, and expects to spend US$300 million.

“Drilling wells is costly,” Phongsthorn said. “If nothing is found, the investment is totally wasted. But it could also yield high rewards if it leads to a vast volume of reserves.”

He said the company was more confident in its exploration and production abilities now after winning concessions last year to operate the Bangkot and Erawan gas fields in the Gulf of Thailand.

PTTEP anticipates spending $1.7 billion-$2 billion annually to implement its plan between 2020 and 2023. It will announce the amount in December after directors approve the plan, he said.

The cost of producing petroleum would be kept at $30 per barrel on average over the next five years.

Phongsthorn said exploration is the key to success in the business, rather than relying on purchasing raw material for oil and gas production.

He said the company has “solid assets and a strategic alliance” for the future.

It bought Murphy Oil Corp of Malaysia in July, making PTTEP the third-largest exploration and production firm in that country.

With a US-based oil company pulling up stakes in Thailand, this is a good time to invest here and elsewhere in Southeast Asia, Phongsthorn said.

The company this year won petroleum exploration and production concessions for two blocks off the Malaysia coast.

PTTEP is now looking for a gas value-chain investment in Myanmar, Phongsthorn said.

In June the company announced the acquisition of Partex Holding BV from the Calouste Gulbenkian Foundation, making it part of a consortium working the largest onshore source in Oman as well as projects in five other countries, and paving the way for future investment in the Middle East.

Partex has invested in seven upstream and downstream oil and gas projects in Oman, the United Arab Emirates (UAE), Kazahkztan, Brazil and Angola.

• The PDO (Block 6) Project, the largest onshore producing oil asset in Oman with considerable petroleum potential. The project, in which Partex holds a 2 per cent interest, covers around 100,000 square kilometres – one-third of the country’s total area. Total oil production volume in 2018 was approximately 610,000 barrels per day (BPD), accounting for around 70 per cent of Oman’s total production. Petroleum Development Oman is the operating consortium.

• The Mukhaizna (Block 53) Project is the large producing oil field in Oman, run by Occidental Petroleum Corp. Total production in 2018 was 120,000 BPD, 13 per cent of the country’s total. Partex’s share is 1 per cent.

• Oman LNG Project is the only gas liquefaction complex there, consisting of three liquefaction trains with total LNG production capacity of 10.4 million tons per annum. Oman LNG LLC is the operator. Partex’s share is 2 per cent.

• The Dunga Project is an oil field in Kazakhstan producing 15,000 BPD with Total as the operator. Partex’s share is 20 per cent.

• The Potiguar Project is an oil field in Brazil producing at 300 BPD in 2018. Operator of the project, Partex’s share is 50 per cent.

• The Block 17/06 Project is the pre-development asset in Angola. The project, operated by Total, is confirmed for petroleum potential and awaiting the Final Investment Decision. Partex’s share is 2.5 per cent.

Phongsthorn said PTTEP and its partners would also explore for gas in Abu Dhabi’s offshore I and II projects, in each of which it has a 30-per-cent stake.

He was optimistic that all of these undertaking would help ensure energy security for Thailand, though he acknowledged future uncertainty due to oil prices hovering around $60 a barrel and concerns rising over pollution from burning fossil fuels.

But the oil-and-gas industry still has room to grow, he said, since huge numbers of people around the world have yet to gain access to petroleum, instead still relying on burning wood.

Future expansion is projected at 1-2 per cent a year, he said.