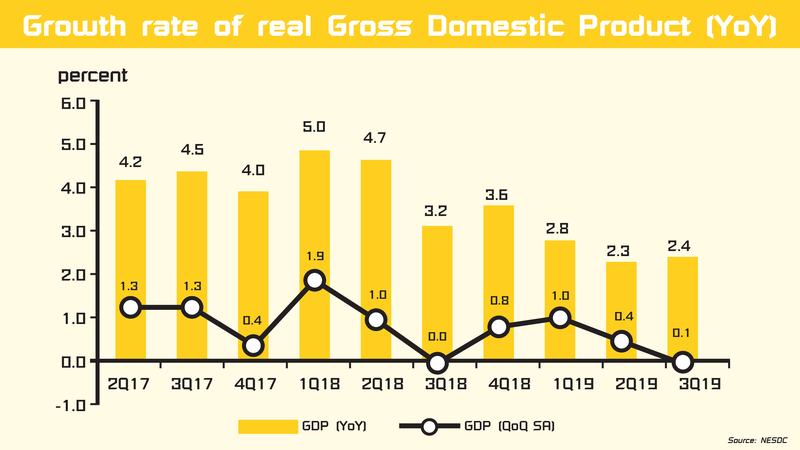 The National Economic and Social Development Council today (November 18) reported that gross domestic product expanded by 2.4 per cent, in the third quarter of 2019 compared to a rise of 2.3 per cent in the second quarter, driven mainly by increases in private and government final consumption expenditure and investment. 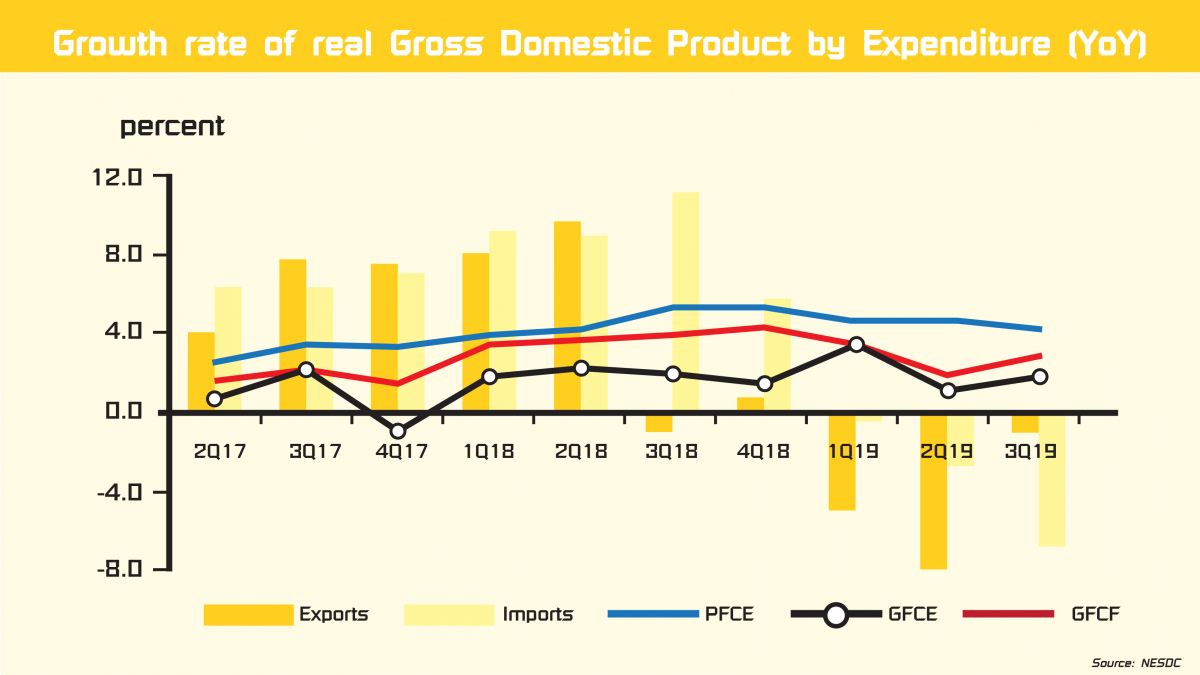 Exports and imports of goods, however, continued to  contracted.

General government final consumption expenditure increased by 1.8 per cent, accelerated from a 1.1 per cent rise in 2019Q2. That acceleration was attributed to an expansion of compensation of employees and purchases of goods and services with a rise of 1.2 per cent and 6.7 per cent, respectively, whereas social transfer in kind dropped by 3.6 per cent .

Changes in inventories at current market prices in this quarter decreased with avalue of Bt12.7 billion . Gold, rice, cassava, and crude oil all saw a decline in stocks.

Goods and services balance at current market prices recorded a surplus of Bt435.1 billion , sourced by surpluses in goods and services with the value of Bt244.5 billion and Bt190.6 billion, respectively, added the NESDC.